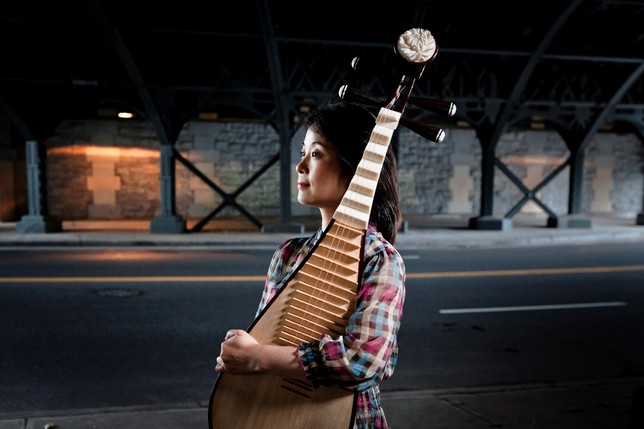 Wu Man is recognized as the world's premier pipa player, dedicating her career to giving the ancient Chinese instrument a new role in today's music.

The pipa is a four-stringed Chinese lute-like instrument with a history dating more than 2,000 years. During the Qin and Han Dynasties (221 BC 220 AD), instruments with long, straight necks and round resonators, with snake skin or wooden sound boards, were played with a forward and backward plucking motion that sounded like "pi" and "pa." Throughout history, the instrument has evolved, and today's pipa consists of 26 frets and six ledges, arranged as stops, and its strings are tuned to A, D, E, A.

What does it sound like? Find out in the video below!