November 1, 2017
The O'Connor Band's very first performance took place at the legendary Walnut Valley Festival in Winfield, Kansas in 2015. In 2017 less than a year and a half later they took home the GRAMMY Award for Best Bluegrass Album for their debut recording, Coming Home.

In a whirlwind 18 months, the band has also performed at the GRAMMY Awards Premiere Ceremony, received standing ovations at the Grand Ole Opry, reached the No. 1 spot on Billboard's Top Bluegrass Albums chart, and partnered with powerhouse booking agency William Morris Endeavor Entertainment (WME).
The O'Connor Band is the product of Mark O'Connor's imagination one that has served him well over the course of his four-decade professional career. A former child prodigy and national champion on the fiddle, guitar, and mandolin, Mark has won numerous GRAMMYs and CMA Awards, appeared on hundreds of commercial country albums, collaborated with the likes of Johnny Cash, Wynton Marsalis, Dolly Parton, and Yo-Yo Ma, and performed everything from original violin concertos to swing and jazz. But until recently, he had not worked on a project quite like this.
"It's been one of the most surprising and rewarding experiences to perform with my family members on stage," says Mark. "It's really exciting to bend these American genres in new ways, combining accessibility with a real depth of musicianship and writing."

In addition to Mark, the band features his son Forrest, (Harvard graduate and former Tennessee State Mandolin Champion), daughter-in-law Kate (frequent performer on the CMA Awards and CMA Country Christmas shows), and wife Maggie (graduate of the Peabody Institute of the Johns Hopkins University). The band is rounded out by Joe Smart (national flatpick champion on guitar) and Geoff Saunders (bassist/banjoist extraordinaire and recent graduate of the University of Miami's DMA program). All six band members possess charisma that, when combined onstage, ensnares audiences from start to finish. 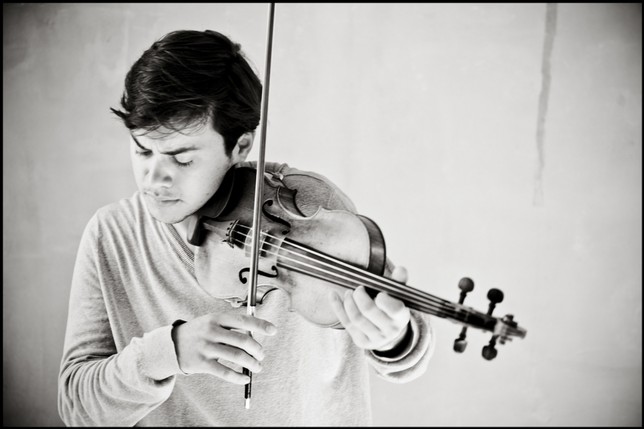 October 19, 2017
A steelpan, sometimes referred to as a steeldrum, is a concave, metal bowl-like instrument native to Trinidad and Tobago. Its sound is most often associated with warm, islandic regions like the Caribbean and eastern parts of South America. The instrument is unique in that its sound can be both melodic and percussive--one minute the notes are liquid, silvery, and flowing; the next, they are tinny, rasping beats. 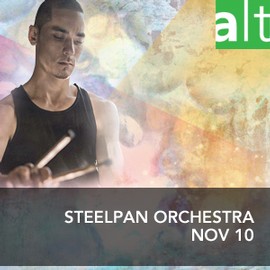 October 3, 2017
Before you are bedazzled by the awe-inspiring performance of Cirque Goes to the Cinema, get to know the incredible Juilliard-trained musician and former Cirque du Soleil and Ringling Brothers performers that comprise Cirque de la Symphonie!
Charlotte Symphony Charlotte Symphony

Why did you select your instrument?
My parents said the drums were too loud, and my band had too many flutes already, so the clarinet seemed like the next coolest instrument.

What would most surprise people about you?
I love a good adrenaline rush! I'm a big rollercoaster fan, and recently rode the world's largest free-fall swing.

If you could meet one composer, who would it be and what would you ask him/her? Shostakovich. How did you find the courage to keep composing after falling out of favor with the Soviet government?

What's your funniest/most compelling on-stage moment?
I once fell off the stage during a performance. We were playing Haydn's Farewell Symphony. Every musician's part ends at a different time, so to emphasize this, we played in the dark with stand lights and walked off the stage quietly after our part ended. As I turned off my light and starting walking off stage, there was one more stair on my riser than I realized. My instrument was okay, but my pride ... not so much.

Any pre-performance rituals?
A light meal and breathing exercises to relax

What do you love most about being a professional musician?
Hearing from audience members about how the music positively impacts their life. Music-making is very personally rewarding, but reaching someone else is what really makes this job meaningful.
Charlotte Symphony Charlotte Symphony

Before you step into Knight Theater to hear the romantic and fiery sounds of Rodrigo Guitar Concerto, check out these facts about our guest classical guitarist Pablo Sáinz Villegas, otherwise kown as "the soul of the Spanish guitar."
1. Pablo was born June 16, 1977 in La Rioja, Spain.

2. Sáinz Villegas has performed numerous world premieres, including the first guitar piece to have been written by five-time Academy Award-winning composer John Williams.

3. Pablo was given the honor of performing in the presence of the Dalai Lama as well as the Royal Family of Spain. He was also chosen to serve as Cultural Ambassador to the Vivanco Foundation and its museum, considered by UNESCO as the best museum of wine culture in the world.

4. Sáinz Villegas has an extensive history of winning prestigious awards. Perhaps his most honorable was when he became the first guitarist to ever win Spain's top classical music honor, El Ojo Crítico. Pablo also won the famed Parkening International Guitar Competition, and prior to that he was already the recipient of more than 30 international awards, including the Francisco Tárrega Award and the Andrés Segovia Award at age 15.

5. Pablo has helped serve over 15,000 children, as he is the founder of "The Music Without Borders Legacy," a program that seeks to bridge communities across cultural, social, and political borders for the benefit of youth.

6. Sáinz Villegas is well known for his emotional artistry with the guitar, whether it's been in an intimate setting or before more than 85,000 people, as he did while accompanying the admired tenor Plácido Domingo, at the Santiago Bernabeu Stadium in Madrid.

7. In the 2015-16 season, Pablo accompanied Plácido Domingo on a floating stage in the Amazon River which was broadcast live to millions of people around the world.
Charlotte Symphony Charlotte Symphony