January 23, 2017
Composer, conductor, and producer Steve Hackman joins us Friday, January 27 for an exciting, one-night-only performance of his popular mash-up, Brahms v. Radiohead. Here, we chat with Mr. Hackman about how he created this interesting concept, why he chose Brahms, and what we can expect from this performance. 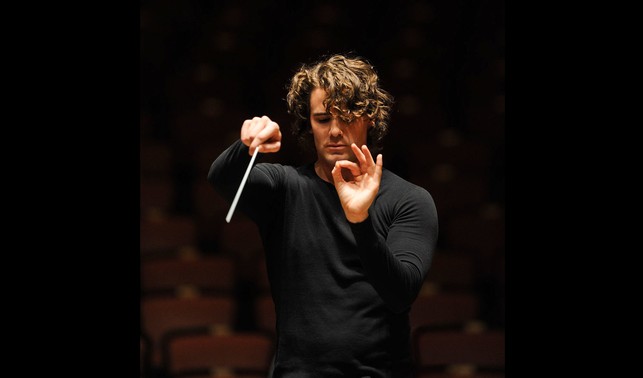 How and why did you think of this cool mash-up concept?
I have always been passionate about both classical and popular music, equally. It doesn't matter to me if it is a Mahler symphony or a Kendrick Lamar song; if it's great, it's great. Mashing up Brahms and Radiohead is a way of illustrating this point, and even more, to show that this music is not as dissimilar as many people may think. Categorizing things and judging them based on those categories or labels is dangerous and destructive and a performance like this works against that.

Tell us about these soloists. How did you select them?
The soloists really make every performance of this show a total joy, and I know the audience is going to love them. Bill Prokopow is an old friend of mine, and one of the most talented and versatile musicians I know. He and I sung in the same a cappella group at the University of Illinois, where I went to undergrad, called The Other Guys. We have been collaborating ever since. Andrew Lipke was coming into prominence as a singer/songwriter in Philadelphia when I was in grad school there at the Curtis Institute of Music. I wanted to be like him, such an incredible songwriter and performer! We got to know each other and I learned he was a true student and lover of classical music, and again, a musician of extreme versatility. And Kérén heard about the show because of an ad I posted on Stagebill and boy did we luck out with her! She is a brilliant artist and writer.

Why Brahms specifically? Why not, say, Mozart or Beethoven?
Brahms took 20 years to write this First Symphony. You can feel all that tension and earnestness and toil and struggle in the piece (and he creates unbelievable release in the fourth movement). That balance towards tension is something this music shares with Radiohead. They also share a density and weight--each music is extremely substantial--and they can stand alongside each other. But there are specific musical reasons, too: The harmonic language is much more similar than you would think; the time signature of the first movement (6/8) allows for a mash-up with a very important song from OK Computer ("Subterranean Homesick Alien") and the overall key of C Minor was perfect for the seminal Radiohead song "Paranoid Android."

What can concertgoers expect? Walk us through the evening.
The most important thing regarding expectation is that the music of Radiohead will be presented through the lens of Brahms. I use only Brahms's orchestration. There are no electric guitars or ondes Martenot or any of the Radiohead synthesizers and keyboards. I have treated Radiohead's music with the same kind of scoring, voice leading and counterpoint that Brahms uses in his music. In that way, it is sometimes hard to distinguish if a theme came from Radiohead or Brahms! There are times when the singers are floating Radiohead melodies over the pure music of Brahms; there are many times when Brahms's melodies are superimposed over the songs of Radiohead.

This is a really cool way to engage new symphony audiences. Do you find the attendance to skew younger/more diverse?
Absolutely. Radiohead fans are the best. They are passionate about music, and they tend to be very creative, open-minded and adventurous folks. Beyond that, I think this concert is perfect for people that love music but have yet to really be introduced to classical music for whatever reason. It is such a pleasure and honor to share symphonic repertoire and the experience of seeing a symphony orchestra. 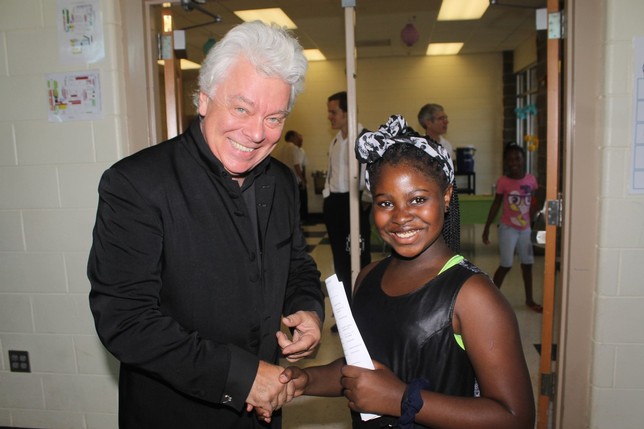 Brianna Davis loves playing the flute. This budding young musician, and graduate of our Winterfield Youth Orchestra after-school program, is now a thriving sixth grader, playing in the band at Northwest School of the Arts.