October 6, 2021
The Charlotte Symphony kicked off spooky season with the premiere of a new stage adaptation of Edgar Lee Masters' Spoon River Anthology, a series of monologues that collectively tell the story of Spoon River, a fictional small town in Illinois, spoken from beyond the grave by the town's former residents who provide accounts of their lives, losses, and deaths. Charlotte's Elmwood Cemetery provided the perfect backdrop for this supernatural performance. 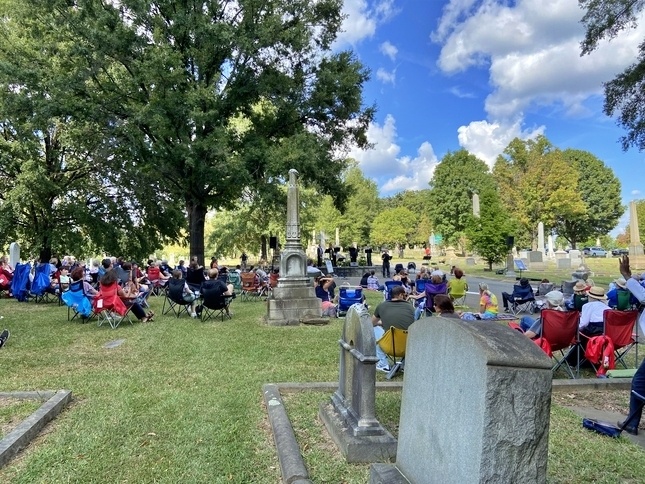 The audience gathers around tombstones in Charlotte's historic Elmwood Cemetery, surrounded by the graves of those that lived, worked, and died in the same era as our Spoon River residents.
2 / 8 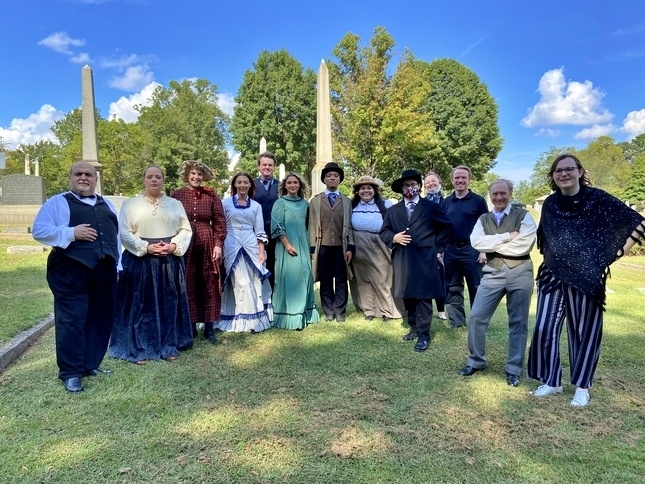 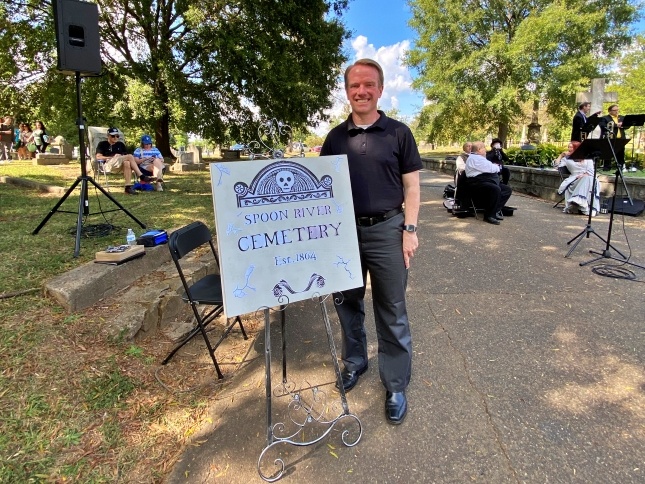 Writer and Director of the production, Chris Stonnell, who is also the CSO's Director of Education and Community Engagement, sets the stage before the performance begins.
4 / 8 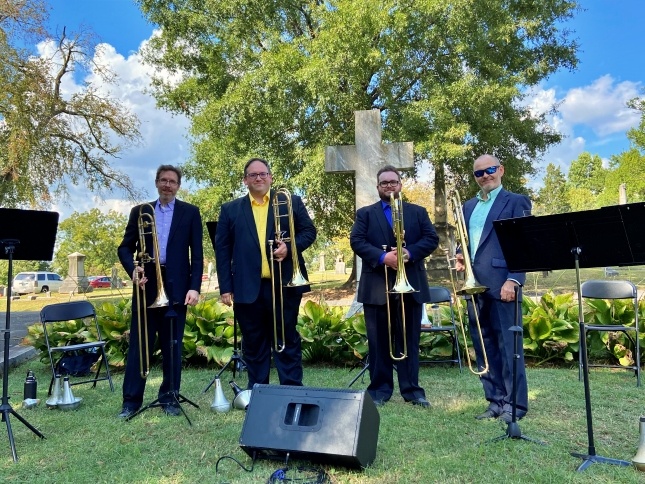 The Four Horsemen of the Apocalypse - Michael Hosford, Joe Brown, Scott Hartman, and Tom Burge - pose for a quick photo. The unique trombone quartet brings the show to life, weaving music throughout the dialogue.
5 / 8 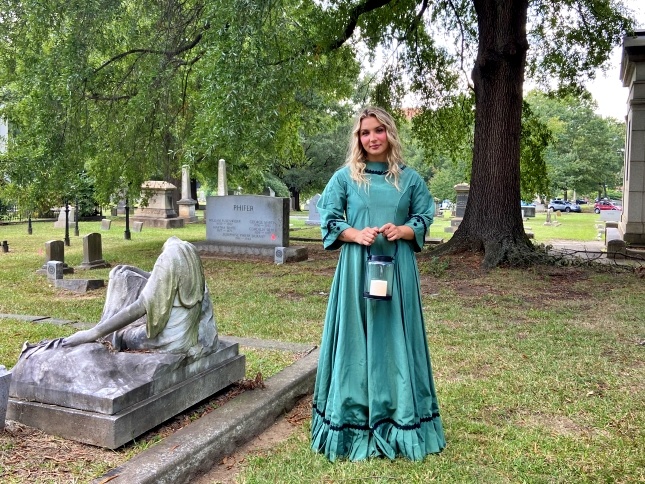 In the distance, actress Morgan McDonald stands next to her character's resting place - poised to return to Spoon River and speak of her earthly travails.
6 / 8 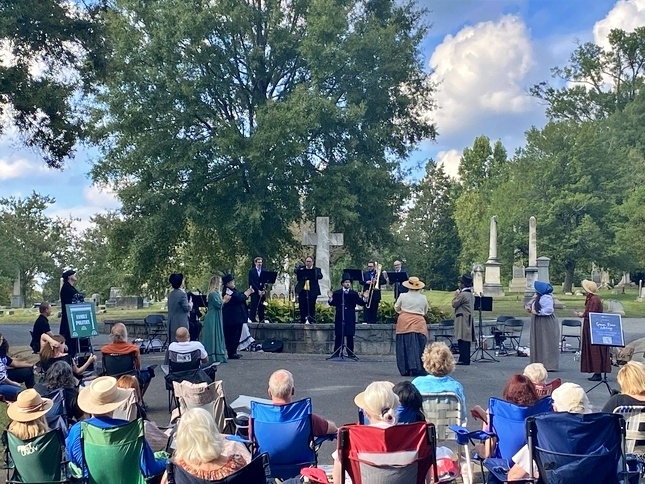 The audience sits at attention as the spirits of Spoon River gather once again to spin old tales.
7 / 8 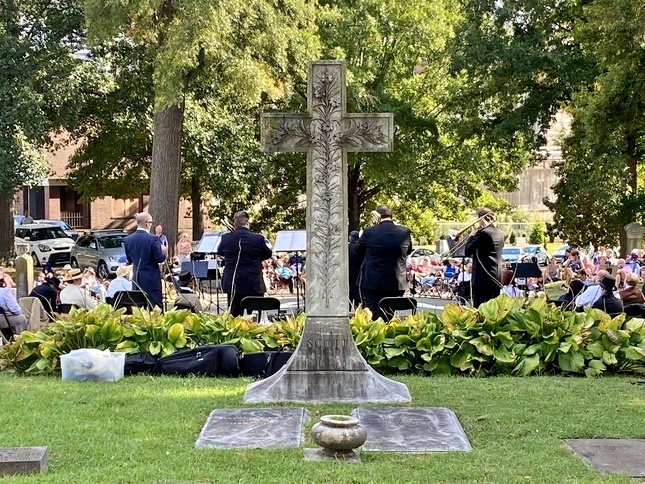 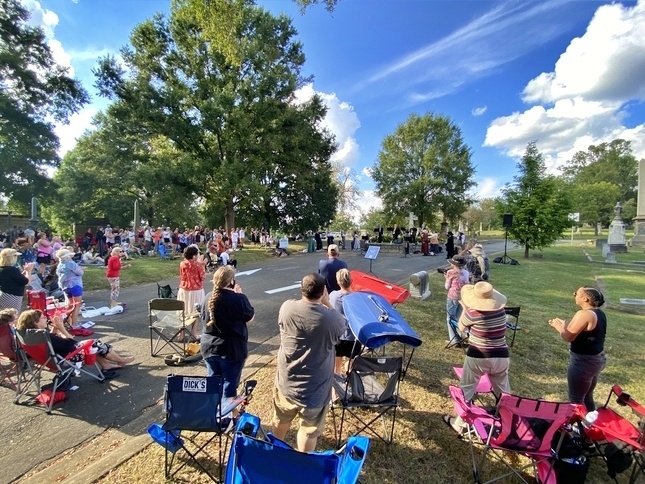 As the final strains of "Going Home" from Dvorak's New World Symphony die down, the ghosts of Spoon River head back to their eternal resting places while the audience erupts in applause.
❮ ❯