November 8, 2012
There was a certain large piece of furniture in my childhood bedroom that could only be described as uncharacteristic to such a space. Sandwiched between my Barbie house and the bookcase filled with Babysitter's Club titles sat a cabinet record player. I'm assuming it was there for lack of a better place in my parents' home. Nevertheless, there it sat and as a result, music has always been a prominent element in my life. I placed the needle gently down on a record of my choosing before doing just about anything else in that room every single day. I sang. I danced. My Barbies danced.

One album I remember from my youth was a recording of circus-themed classical music, probably including some of the very same works that are on this weekend's Lollipops program. For a little girl with a very active imagination, this classical composition was the soundtrack of many afternoons inside that pink bedroom as I pretended to be a clown, acrobat, or tight-rope walker. 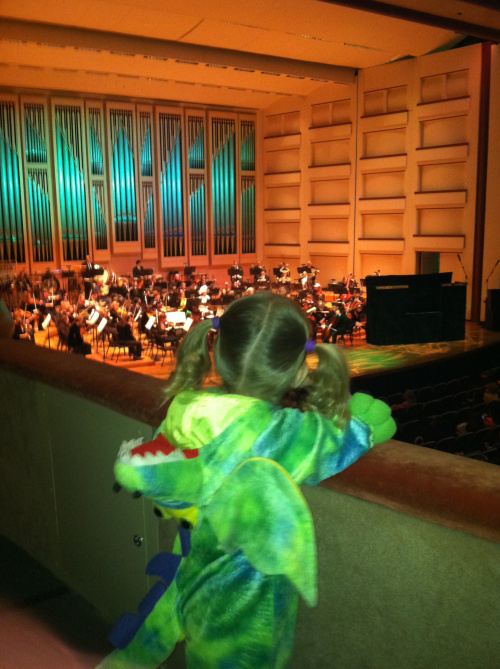 I've been encouraging the love of music to my daughter since her birth three years ago and I'm so excited to take her to the Charlotte Symphony's Lollipops performance of Carnivals and Clowns on Saturday, November 10th. This is the first Lollipops concert of the season and it's a not-to-be missed event on my calendar.  I can't wait to watch my daughter's face light up as she hears the colorful music.

After such an exciting Saturday morning, it's quite possible that there will be a little tight-rope walker or lion-tamer performing in our living room later on in the day. In fact, I'm quite hoping for it.  And I'll help hold the hula-hoop as all the animals jump through.
Essay by Mandy Smith, Charlotte Symphony Marketing Manager and mom of Molly Grace.