Principal Flutist, Elizabeth Landon and Principal Harpist, Andrea Mumm perform the Rondo from Mozart's Concerto for Flute and Harp during the performances of "A Little Knight Music" on March 28.  The piece is one of only two true double concertos that the composer wrote. The full concerto contains three movements: Allegro, Andantino and Rondo Allegro.

Charlotte Symphony has only played the full concerto once, back in March of 1965. Since this a somewhat rare piece for the orchestra to perform, we asked Elizabeth and Andrea their thoughts.

Andrea "I'm excited to play this Mozart concerto since it is the only piece of music he ever composed for harp!  This piece was a commission by a Parisian duke for himself (a flutist) and his eldest daughter who was a harpist.  At the time, the combination of flute and harp was not common, and even considered an odd pairing since the harp wasn't an orchestral instrument and wasn't highly regarded by Mozart.  Thanks to this concerto and many other pieces since, the combination of flute and harp is now standard in literature (good for me and Liz!)." 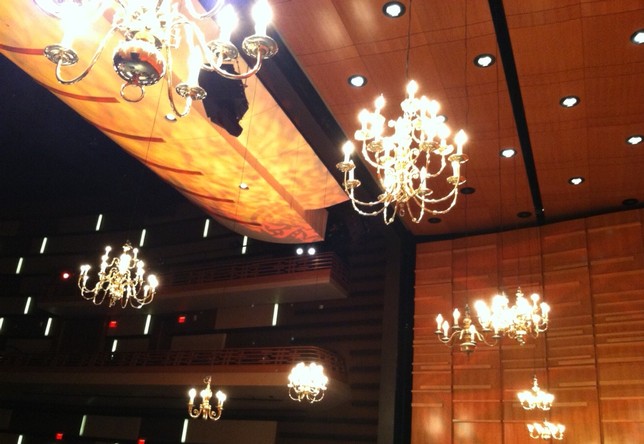 Apparently, after hearing the Mozart 'Concerto for Flute and Harp,' Viennese composer Carl Ditters von Dittersdorf remarked, "I have never yet met a composer who had such an amazing wealth of ideas: I could almost wish he were not so lavish in using them. He leaves his hearer out of breath; for hardly has he grasped one beautiful thought when one of greater fascination dispels the first, and this goes on throughout." [1]  We look forward to grasping many beautiful thoughts with Andrea, Elizabeth and Charlotte Symphony when they perform this piece Friday evening.