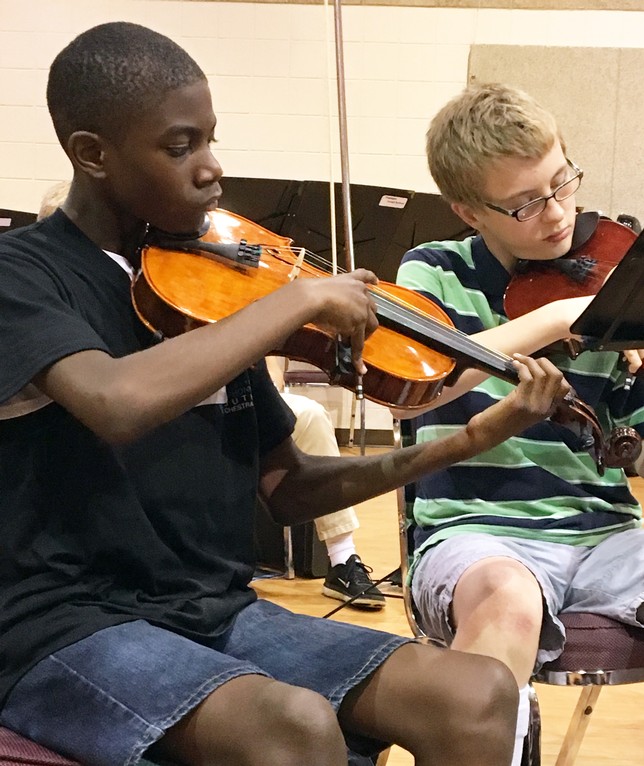 Justice Crawford is making a musical name for himself.

His mother, a psychologist and one-time flutist, has played in orchestras and knew she wanted her children to be exposed to music. "I've always had an appreciation for what music can do for the mind and for a person's spirit in general," says Endora Crawford. "It's always been my plan for my kids to dabble in music."

But Justice is doing more than just dabbling. This talented 8th grader is one of the first two students from the Charlotte Symphony's Winterfield Youth Orchestra program (now part of Project Harmony), covered in The Charlotte Observer in 2014 for his successful audition and admission into Northwest School of the Arts.

Come support Justice and the dozens of other talented young musicians in JYO at an upcoming concerts.