7 Facts You Should Know about Pablo Sáinz Villegas

Before you step into Knight Theater to hear the romantic and fiery sounds of Rodrigo Guitar Concerto, check out these facts about our guest classical guitarist Pablo Sáinz Villegas, otherwise kown as "the soul of the Spanish guitar."

1. Pablo was born June 16, 1977 in La Rioja, Spain.
2. Sáinz Villegas has performed numerous world premieres, including the first guitar piece to have been written by five-time Academy Award-winning composer John Williams.
3. Pablo was given the honor of performing in the presence of the Dalai Lama as well as the Royal Family of Spain. He was also chosen to serve as Cultural Ambassador to the Vivanco Foundation and its museum, considered by UNESCO as the best museum of wine culture in the world.
4. Sáinz Villegas has an extensive history of winning prestigious awards. Perhaps his most honorable was when he became the first guitarist to ever win Spain's top classical music honor, El Ojo Crítico. Pablo also won the famed Parkening International Guitar Competition, and prior to that he was already the recipient of more than 30 international awards, including the Francisco Tárrega Award and the Andrés Segovia Award at age 15.
5. Pablo has helped serve over 15,000 children, as he is the founder of "The Music Without Borders Legacy," a program that seeks to bridge communities across cultural, social, and political borders for the benefit of youth.
6. Sáinz Villegas is well known for his emotional artistry with the guitar, whether it's been in an intimate setting or before more than 85,000 people, as he did while accompanying the admired tenor Plácido Domingo, at the Santiago Bernabeu Stadium in Madrid.
7. In the 2015-16 season, Pablo accompanied Plácido Domingo on a floating stage in the Amazon River which was broadcast live to millions of people around the world. 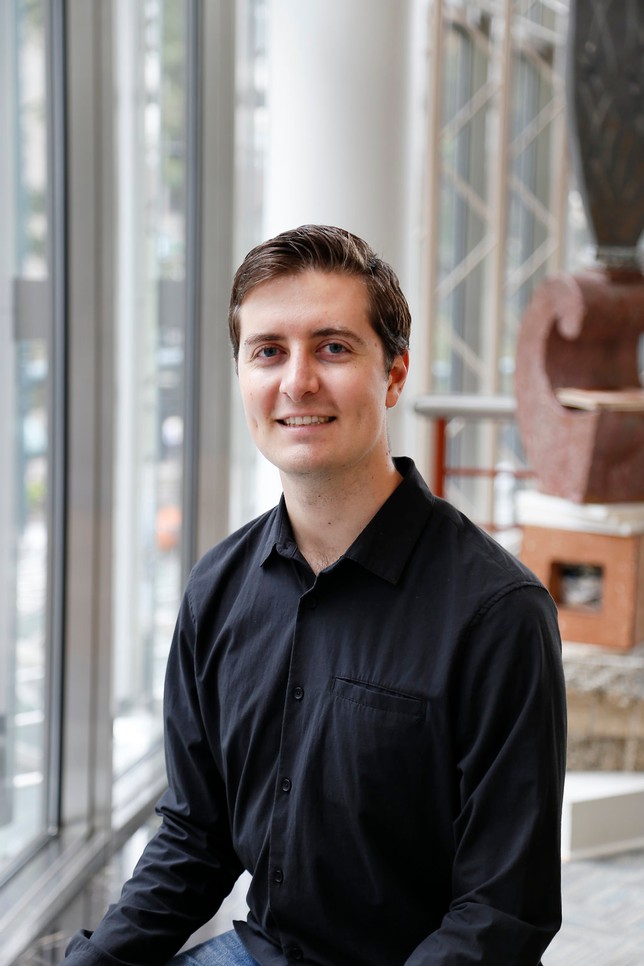 He has performed with the Los Angeles Philharmonic, San Diego Symphony, and Santa Barbara Symphony, as well as New World Symphony in Miami Beach, FL. Outside of orchestral performances, Brice was also an active freelancer. He can be seen on productions such as FOX's 'Grease Live!' and SPIKE's 'Coaching Bad' and can be heard alongside actor Jack Black on one of LACMA's 'Sundays Live' radio broadcasts.

Hometown: San Diego, CA
Why did you select your instrument?

When I was 7 I had just quit playing piano and saw a percussionist performing with an orchestra. They looked really active and like they were having lots of fun so I begged my mom for lessons for my birthday!

Does your instrument have a special story?

My favorite snare drum I won as a prize from a snare drum competition.

What would most surprise people about you?

I've been fishing multiple times and never caught a fish - something I mean to change out here in NC!

If you could meet one composer, who would it be and what would you ask him/her?

I would like to meet Anton Bruckner. He had an incredible work ethic, but I would like to ask: what is the deal with only one cymbal crash in his 7th Symphony? (It's debated whether he really wanted it or not.)

I was at a summer program in high school and was playing timpani on Elgar's Enigma Variations when the pedal on the lowest drum got stuck and the pitch would only go up. This happened right before a part where the percussionist comes over and plays on the timpani with snare drum sticks, and because it's an interesting sound people in the audience always look (it's also lightly orchestrated there). The pedal wouldn't budge with my foot so I crouched down on the floor and started pulling on it, somewhat unaware of what was going on around me. Apparently I was making a bunch of noise and the guy playing my drum had to bend over and whisper to me "just let it go". I looked back up and the whole audience was looking at me and the conductor looked furious.

I like to have a full stomach and make sure I use the bathroom before long concerts. There's nothing worse than sitting there uncomfortably during a long tacet moment with nothing else to focus on.

Earplugs, a towel, and contact lenses (in case I break my glasses).

What do you love most about being a professional musician?

Making beautiful music with my colleagues and the freedom of making my own musical decisions. I also love the opportunities that music provides - I've had some incredible experiences and met many interesting people (both musicians and classical music fans). People light up when you tell them you're a musician and I love hearing their stories. 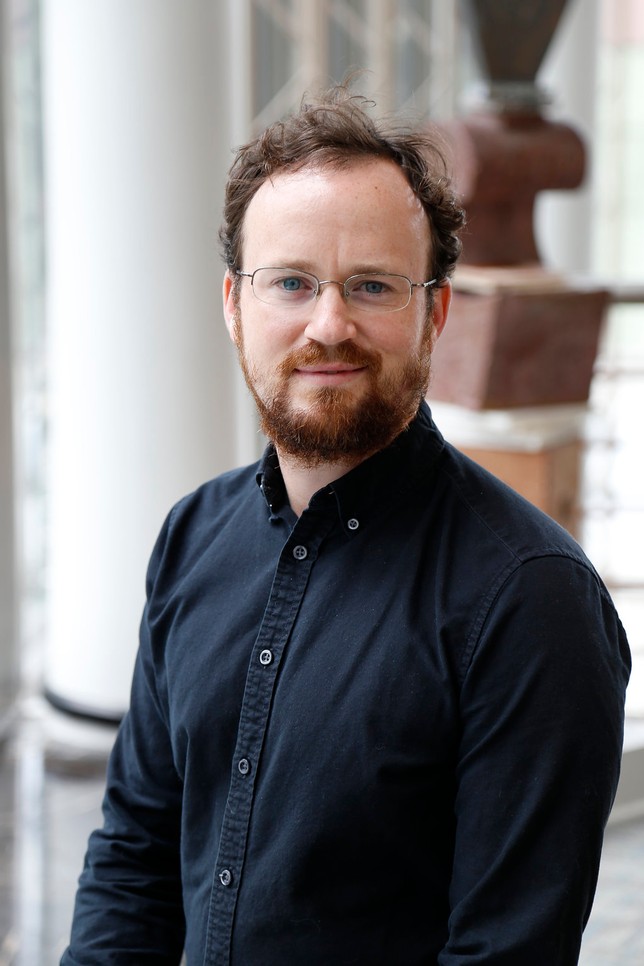 Jason McNeel, section bass, began playing bass as a junior in high school. Mr. McNeel has since played with some of the best orchestras in the country, including the Cincinnati Symphony, Pittsburgh Symphony, Philadelphia Orchestra, Buffalo Philharmonic, and Rochester Philharmonic. As a regular performer with the Cincinnati Sympony, he was able to participate in international tours to Asia and Europe. As a student. Mr McNeel has studied at the University of Cincinnati (Bachelor of Music) with Albert Laszlo and Carnegie Mellon (Master of Music) with Micah Howard. Additionally, he has studied regularly with Solen Dikener, Jeff Turner, and Owen Lee.
Hometown: Winfield, WV
Why did you select your instrument?
The bass is very versitale instrument that can be played in several different genres of music. Early on and still I've had an interest in playing jazz, classical, and many other styles.

Does your instrument have a special story?
My first instrument was made my my father. He is a very dedicated amateur woodworker and took a year of his free time to make a bass that I still love playing to this day.
What would most surprise people about you?
I have spent most of my childhood summers working on the family farm in eastern West Virginia. One of my favorite chores was milking the cow.
If you could meet one composer, who would it be and what would you ask him/her?
Haydn, I'd ask him for another copy of the Concerto for Violone that has been lost.
What's your funniest/most compelling on-stage moment?
The time when I was playing an outdoor barge concert in West Virginia and a beaver ran from backstage, through the orchestra, and into the audience!
Any pre-performance rituals?
I have a good, light meal.

Other than your instrument, what would we find in your instrument case?
Whatever book I'm reading.
What do you love most about being a professional musician?
It's one of the great professions in the world. In studying music, you gain knowledge of culture, science, psychology, physical, and emotional well being, history, and the list could go on forever. I can honestly say that being interested in music has had a direct positive effect on my health and happiness.

Meet Gabriela Lena Frank, one of the five composers that will be featured in the Rodrigo Guitar Concerto played by your Charlotte Symphony Orchestra on October 6 and 7.

Background
Gabriela Lena Frank is an American composer from Berkeley, California. Although born in the US, her roots also align with the nationalities of her parents: her father, a Jewish Lithuanian, and her mother, who is of Peruvian and Chinese decent. The two met during Frank's father's visit to Peru with the Peace Corps in the 1960s.
Frank received her bachelor's and master's degrees from Rice University and a doctorate in Music Composition from the University of Michigan. She has studied composition with William Albright, Leslie Bassett, William Bolcom, Michael Daugherty, and Samuel Jones.

Style and Inspiration
Frank's compositions often draw from her multicultural background--particularly her mother's Peruvian heritage. Frank is admired for using sounds of Latin American instruments (such as Peruvian pan flute or charango guitar) throughout her compositions, though her works are typically scored for Western classical instruments and ensembles such as the symphony orchestra or string quartet. "I think the music can be seen as a by-product of my always trying to figure out how Latina I am and how gringa I am," she has said. This striking mixture of sounds can be found in her work Three Latin American Dances, which will be performed at the Rodrigo Guitar Concerto on October 6 and 7.

Accomplishments
Not only is Frank known for her interesting work, but she is also  one of the most awarded female contemporary composers of our time. In 2009, Frank received her first Guggenheim Fellowship as well as a Latin Grammy Award for best Contemporary Classical Music Composition for Inca Dances. She has also won a Joyce Foundation award, United States Artists Fellow award, and a Medal of Excellence from Sphinx Organization.
In addition to these accolades, Frank's music has been commissioned and performed by the Kronos Quartet, pipa virtuoso Wu Man, San Francisco Symphony, Houston Symphony, Chanticleer Ensemble, the Chiara String Quartet, the Brentano Quartet, Yo Yo Ma and the Silk Road Project, the Marilyn Horne Foundation, guitarist Manuel Barrueco with the Cuarteto Latinoamericano, the King's Singers, directors of the Chamber Music Society of Lincoln Center Wu Han and David Finckel, soprano Dawn Upshaw and the St. Paul Chamber Orchestra, among others. She has also received multiple commissions from Carnegie Hall.
Frank is a Grammy Award-nominated pianist and a member of the prestigious roster of G. Schirmer, exclusively published and managed.