Did you know that the music of Vivaldi's The Four Seasons is based on four poems written by Antonio Vivaldi? In the music, each "Season" consists of a three-movement concerto. Two quick-tempo outer movements frame a central slow-tempo movement. The sonnets included in the score provide a specific description of each movement.  A prose translation of the original Italian is provided below.

I. Allegro--
Festive Spring has arrived,
The birds salute it with their happy song.
And the brooks, caressed by little Zephyrs,
Flow with a sweet murmur.
The sky is covered with a black mantle,
And thunder, and lightning, announce a storm.
When they are silent, the birds
Return to sing their lovely song.
II. Largo e pianissimo sempre--
And in the meadow, rich with flowers,
To the sweet murmur of leaves and plants,
The goatherd sleeps, with his faithful dog at his side.
III. Danza pastorale. Allegro--
To the festive sound of pastoral bagpipes,
Dance nymphs and shepherds,
At Spring's brilliant appearance.

I. Allegro non molto--
Under the heat of the burning summer sun,
Languish man and flock; the pine is parched.
The cuckoo finds its voice, and suddenly,
The turtledove and goldfinch sing.
A gentle breeze blows,
But suddenly, the north wind appears.
The shepherd weeps because, overhead,
Lies the fierce storm, and his destiny.
II. Adagio; Presto--
His tired limbs are deprived of rest
By his fear of lightning and fierce thunder,
And by furious swarms of flies and hornets.
III. Presto--
Alas, how just are his fears,
Thunder and lightening fill the Heavens, and the hail
Slices the tops of the corn and other grain.

I. Allegro--
The peasants celebrate with dance and song,
The joy of a rich harvest.
And, full of Bacchus's liquor,
They finish their celebration with sleep.
II. Adagio molto--
Each peasant ceases his dance and song.
The mild air gives pleasure,
And the season invites many
To enjoy a sweet slumber.
III. Allegro--
The hunters, at the break of dawn, go to the hunt.
With horns, guns, and dogs they are off,
The beast flees, and they follow its trail.
Already fearful and exhausted by the great noise,
Of guns and dogs, and wounded,
The exhausted beast tries to flee, but dies.

I. Allegro non molto--
Frozen and trembling in the icy snow,
In the severe blast of the horrible wind,
As we run, we constantly stamp our feet,
And our teeth chatter in the cold.
II. Largo--
To spend happy and quiet days near the fire,
While, outside, the rain soaks hundreds.
III. Allegro--
We walk on the ice with slow steps,
And tread carefully, for fear of falling.
Symphony, If we go quickly, we slip and fall to the ground.
Again we run on the ice,
Until it cracks and opens.
We hear, from closed doors,
Sirocco, Boreas, and all the winds in battle.
This is winter, but it brings joy.

The Story Behind Haydn's "Farewell" Symphony

In line with the historical context of the work, your CSO musicians will be snuffing out their candles and leaving the stage at the close of Haydn's Symphony No. 45, "Farewell". So what's the story behind this tradition?

It all started with the premier in 1772. Haydn was employed as royal conductor to Prince Nikolaus Esterházy and had taken temporary residence at the Prince's castle in Hungary. After what seemed to be an extremely long season, Haydn and his musicians were long overdue to return home to their families. 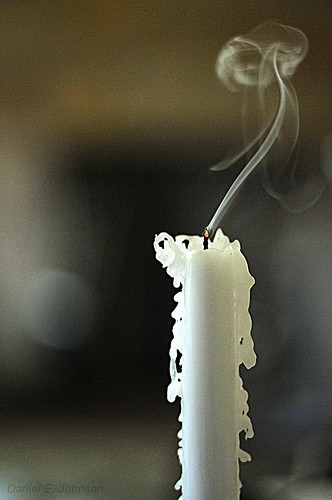 To their dismay, the Prince requested they stay longer to perform a new symphony. Haydn, of course sympathetic to his musicians' plight, devised a plan to change the Prince's mind. He wrote what became known as the "Farewell" symphony to include a special ending.

During the last movement at the premier, just as the music's dynamic momentum began to bring the movement to a close, there was an unexpected pause and an Adagio began. As this new, slower section of the movement proceeded, musician after musician finished his part, snuffed his candle, and left the stage. By the time the piece was over, all but two violins remained on stage. Did the protest work? According to the historical telling of this story, the Prince bid his musicians a farewell the following day, and allowed them to return home to their families.


Get your tickets now!

Hailed as "a fearsomely powerful musician" by The Toronto Star, Canadian-born violinist Aisslinn Nosky is one of the most versatile and dynamic violinists today. She is in demand internationally as a soloist and director and was appointed Concertmaster of the Handel and Haydn Society in 2011. She has performed in solo and chamber music recitals across North America, Europe and Asia. Recent appearances as soloist include La Jolla SummerFest, the Staunton Music Festival, the Thunder Bay Symphony, Holland Baroque, the Calgary Philharmonic, and Tafelmusik Baroque Orchestra. In 2016 Aisslinn was named Principal Guest Conductor of the Niagara Symphony.

As a founding member of the Eybler quartet, Nosky explores repertoire from early quartet literature on period instruments. The Eybler Quartet's recording of Haydn's Opus 33 string quartets was released in 2012 on the Analekta label. The Globe and Mail mused "Many a great string quartet annihilates Haydn with incorrect tempos, intense legato, and a general misunderstanding of classical syntax. Here we have them as the composer might have heard them himself. In fact, maybe even better." 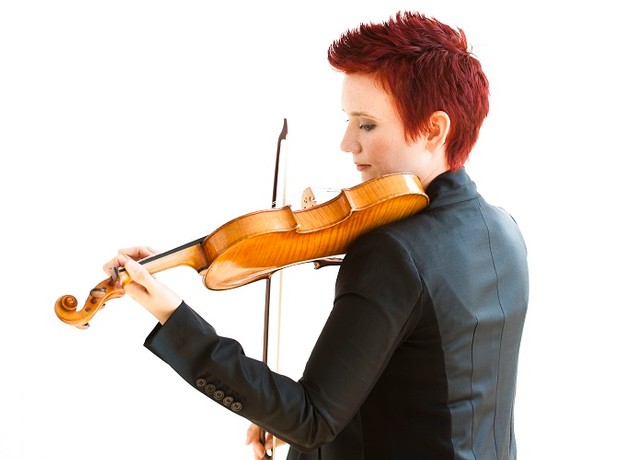 As Co-Artistic Director of I FURIOSI Baroque Ensemble, Aisslinn has helped bring an enthusiastic new audience to baroque music. Since 2001, I FURIOSI has presented its own flamboyant and inventive concert series in Toronto, and they have toured North America and Europe.

Aisslinn began playing violin at age three and received her early training at the Nanaimo Conservatory with Heilwig von Konigslow. At age eight, Aisslinn made her solo debut with the CBC Vancouver Orchestra. When she was 15, Nosky began studying in Toronto with Lorand Fenyves, at the Royal Conservatory of Music's Glenn Gould School. Further studies included both solo and chamber music for several summers at the Banff Centre for the Arts, and chamber music at the Steans Music Institute of the Ravinia Festival as a member of the Metro String Quartet.

Your CSO is excited to welcome Aisslinn as violinist and conductor for Vivaldi Four Seasons.