The 28th annual Youth Festival takes place on Wednesday, April 29 at 7:30 p.m. at Belk Theater. This annual concert highlights the talents of the Charlotte Symphony Youth Orchestra (CSYO), the Junior Youth Orchestra (JYO) and the grand-prize winner of the senior division of the  Symphony Guild of Charlotte 's annual Young Artists Competition.

This year's winner this year is Kiffen Loomis, who is 16 and lives in Asheville, NC. He's a pianist who's been playing since age five. Get to know this talented young man! 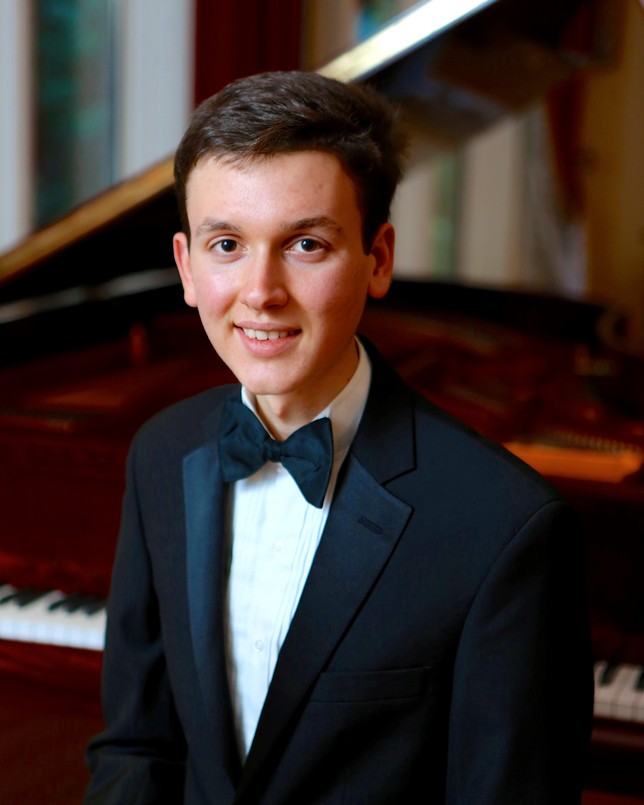 How were you introduced to the piano?
As a 3 and 4 year-old, I would sit under the piano as my older brother practiced. Hearing each hammer strike the string, and seeing his foot guide the pedal up and down fascinated me. By the age of 5, I was ready to crawl up from under the piano, and play it for myself.

Name a performer you respect.
Glenn Gould is one of the most enthralling pianists of the last century. His attention to detail, in combination with his fearless interpretation of the hallmark works, demands great respect.

What piece would you love to perform?
Bach's Goldberg Variations carry with them a divine character, making them stunningly beautiful, yet daunting. I would love to study the work, but question whether I would ever be able to perform it.

What else we should know about you?
I serve as president of the Western North Carolina region of the Order of the Arrow, part of the Boy Scouts of America. I devote much of my time to promoting leadership development among those in my region, and serving the community as a whole. In addition to my BSA interests, I play on my high school's varsity tennis team.

I also lead an organization called Notes from the Soul. NFS is a group of student musicians from WNC who performed for over 2,000 children in elementary schools and after-school programs this year. The group exposes its listeners to different types of music and promotes musical interchange among the children and young adults who perform.

Do you know what you'd like to study in college?

I would like to study Nuclear Physics while maintaining my piano studies. This summer I will be working in the TUNL Research Institute for Nuclear Physics at Duke University and hope to determine whether nuclear physics is indeed my calling.