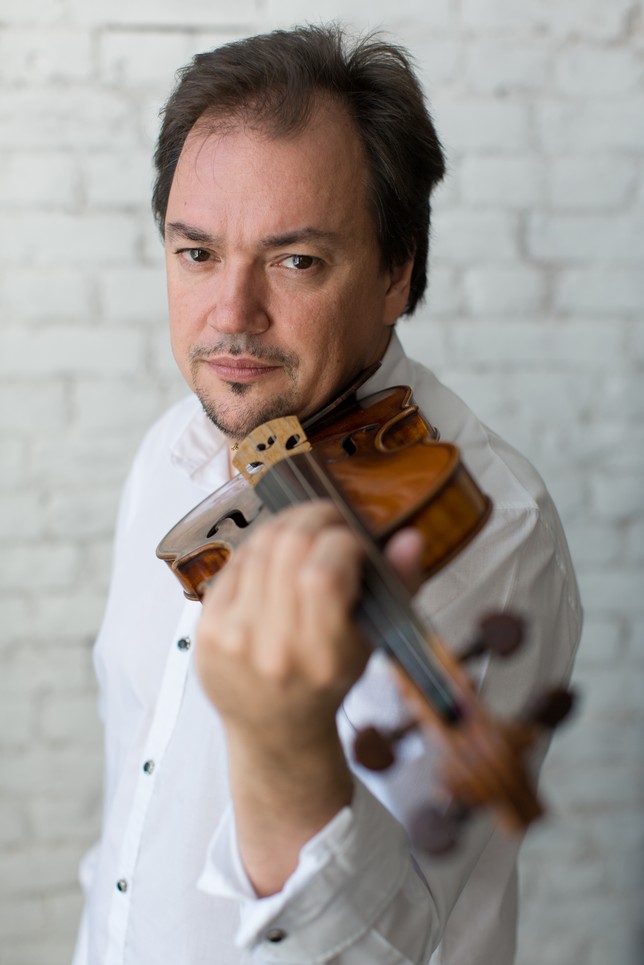 Effervescent musicianship, intense lyricism and beguiling tonal beauty belong to the qualities that have secured Sergei Krylov's place among today's most renowned performers. The Russian-born violinist directs breath-taking virtuosity to reveal profound expressive insights into the works in his strikingly broad repertoire.

In recent seasons Sergei Krylov has become a regular guest with several major institutions and collaborated with many of the world's leading orchestras. He has appeared with, among others, the Dresden Staatskapelle, the St Petersburg Philharmonic, London Philharmonic and Royal Philharmonic orchestras, the Russian National Orchestra, the Mariinsky Orchestra, the Filarmonica della Scala and Accademia di Santa Cecilia, the Orchestre Philharmonique de Radio France, DSO Berlin, the Konzerthaus Orchester Berlin, Budapest Festival Orchestra, NHK Symphony Tokyo and the Atlanta Symphony Orchestra.

Among the prominent personalities with whom he has worked, Krylov's friendship with Mstislav Rostropovich stands among the most important influences on his artistic life. Over the past decade he has collaborated with many leading conductors, from Dmitri Kitayenko, Mikhail Pletnev, Valery Gergiev, Andrey Boreyko, Vasily Petrenko and Vladimir Jurowski to Fabio Luisi, Roberto Abbado, Yuri Temirkanov, Vladimir Ashkenazy, Dmitry Liss, Yuri Bashmet and Michał Nesterowicz. 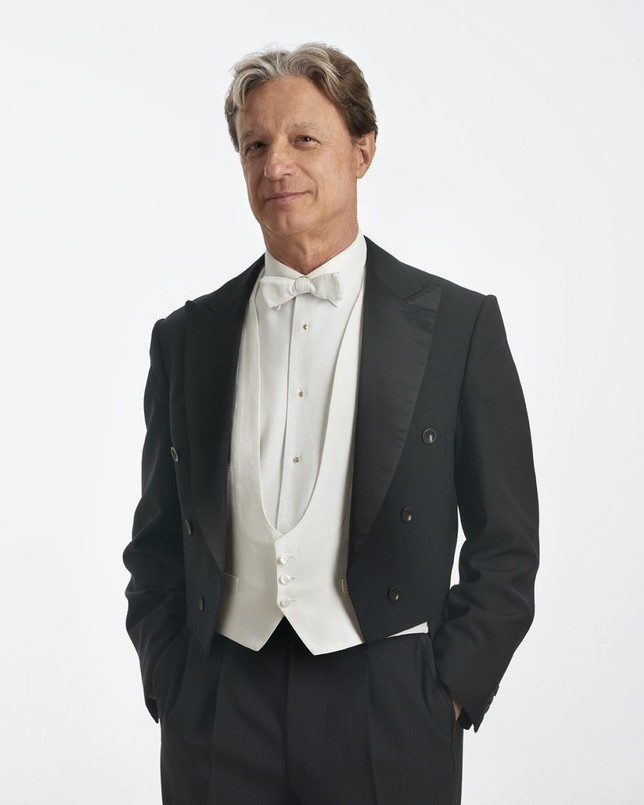 Roberto Abbado, awarded the prestigious "Premio Abbiati" by the Italian Music Critics Association for his "accomplished interpretative maturity, the extent and the peculiarity of a repertoire where he has offered remarkable results through an intense season", is Musical Director of the Palau de les Arts Reina Sofía in Valencia and of Parma's Festival Verdi. He studied orchestra conducting under Franco Ferrara at the Teatro La Fenice in Venice and at the Accademia Nazionale di Santa Cecilia in Rome, where he was invited the only student in the history of the Academy to lead the Orchestra di Santa Cecilia. He made his debut in the United States in 1991 in New York conducting the St. Luke's Orchestra. Since then he has returned regularly to the US to lead the Symphonic Orchestras of the cities of Boston, Philadelphia, Chicago, Cleveland, San Francisco, as well as the Los Angeles Philharmonic, the Saint Paul Chamber Orchestra of which he is one of the "Artistic Partners" working with soloists like Yo-Yo Ma, Midori, Nigel Kennedy, Gil Shaham, Joshua Bell, Hilary Hahn, Vadim Repin, Sarah Chang, Yefim Bronfman, Mitsuko Uchida, Alfred Brendel, Radu Lupu, André Watts, Andras Schiff, Lang-Lang, and Katia and Marielle Labèque. 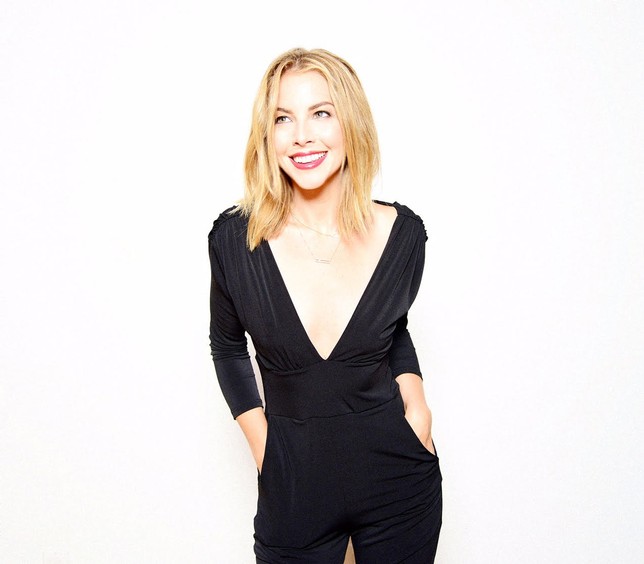 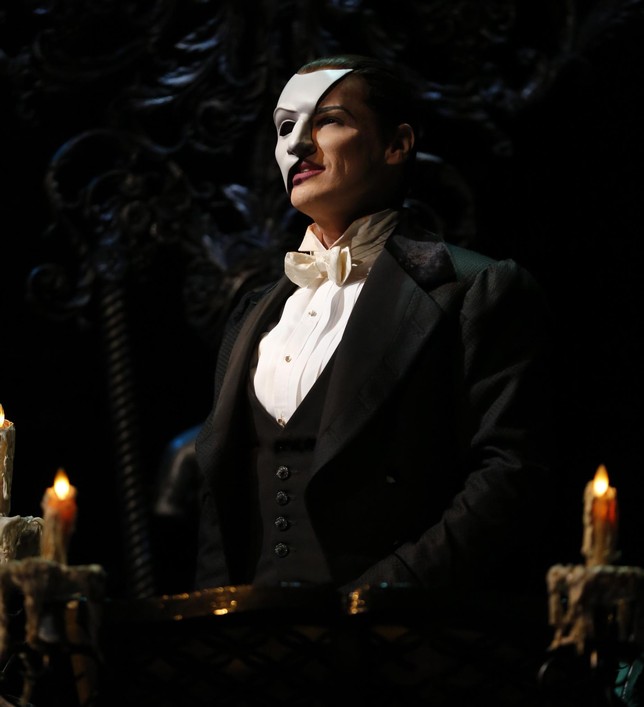 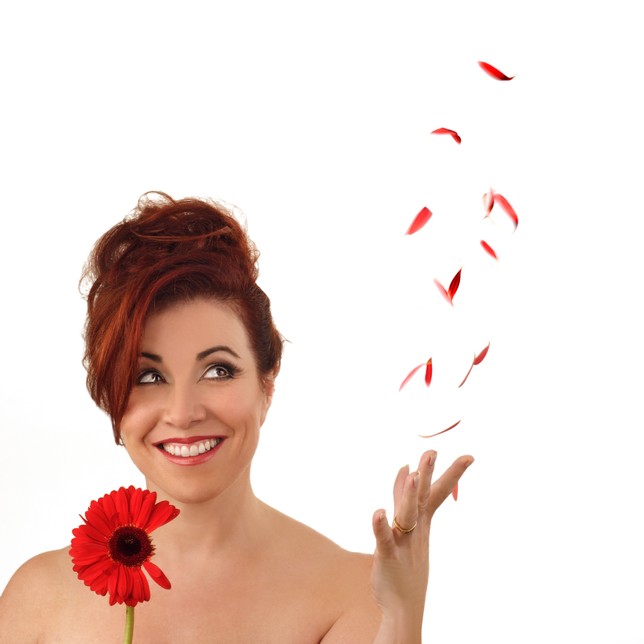 From Broadway to Charlotte


We caught up with our three soloists for The Music of Andrew Lloyd Webber and More, Morgan James, Hugh Panaro, and Debbie Gravitte. Each brings his or her own special Broadway experience to the Charlotte stage.

CSO: So, have you guys ever been to Charlotte? If not, what are you most excited for duing your visit?

MJ: I was in Charlotte last fall with my band. I always love coming through and I'm excited to make some new fans, and eat some great food!


CSO: How many shows were you in?

HP: Wow, I don't know!  I started acting professionally when I was 13 years old as Friedrich Von Trapp in The Sound of Music so I had already been in at least 13  productions before making my Broadway debut as Marius in Les Miserables. And here I am all these years later and I STILL get the same joy from performing!


CSO: Hugh, what was it like performing in Phantom of the Opera, first as Raoul, then coming back to play Phantom years later?

HP: I loved playing both roles!  I think I was cast in the right roles at the right time. Hal Prince cast me as Raoul in my early 20's and I was kind of an impetuous "puppy" with a lot of energy and confidence. I don't think I had the "weight" or life experience to play the Phantom back then. Going back to play the Phantom many years later I had a lot more life experience to draw from so that I could fully embody a more complex character  Every experience we have hopefully helps us grow and allows us the opportunity to bring more of ourselves to a role.


CSO: Morgan, What was the stage show that has most influenced you and how has that shaped you as an artist?

MJ: I did a production of hair 10 years ago that really shaped me. It was one of my favorite leading roles out of town, right before I got my first Broadway show, and I think I really grew as an artist and became a true leader. I'm very grateful for my years of doing regional theater and learning how to be a leading lady out of town.


CSO: Debbie, Being that you have performed with over 175 orchestras, what is your favorite aspect of performing for Symphony audiences?

DG: Every Symphony performance is different depending on the city it takes place!


Join us at The Music of Andrew Lloyd Webber and More and hear Hugh, Morgan, and Debbie in person!