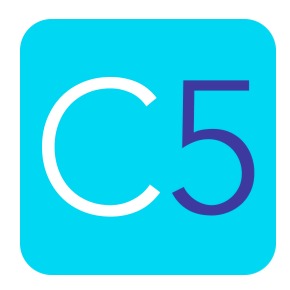 What says October more than German composers and tasty beer?

But do you know which German composer goes best with local beers? Before you hit up the Charlotte Symphony's Bachtoberfest Friday night at Knight Theater, featuring free tastings from NoDa Brewing and Olde Mecklenburg Brewery, we have some pairing advice that could prevent social tragedy. (BTW, if you don't have tickets yet, you might want to get them now this event fills up!)

THE MUSIC: J. S. Bach: Overture to Orchestral Suite No. 4
This bright, upbeat piece is full of high notes, so why not pair it with a beer that mirrors that energy?
THE BEER: OMB's Southside Weiss is the perfect match. It's smooth, fresh and a fun start to the evening.

THE MUSIC: J. S. Bach: Toccata and Fugue in D Minor
Even if you're a symphony newbie, you'll recognize this tune. Dark and ominous, this one pairs perfectly with an equally dark beer.
THE BEER: Noda's Coco Loco was the first thing that came to mind.

THE MUSIC: W. F. Bach: Allegro e Maestoso from Sinfonia in D Major
With a very mild sound, this was definitely the easy listening of years past. That being said, you need a beer that is equally easy to drink.
THE BEER: OMB Copper is a local staple without much bitterness but plenty of flavor.

THE MUSIC: Mozart Overture to The Marriage of Figaro
Needing a pick me up half way through the program? The liveliness of this overture is perfect.
THE BEER: Noda's Cavu Blonde Ale goes flawlessly. The name is a pilot term for ideal flying conditions, and that is exactly what this beer embodies.

THE MUSIC: Wagner Dawn and Siegfried's Rhein Journey
A song that inspired by a journey deserves a beer that takes you on one. The dark and mysterious start makes me think of something flavorful and delicious.
THE BEER: OMB's Mecktoberfest is the ideal counterpart. Not to mention it goes right along with all things Octoberfest.

THE MUSIC: Brahms: Allegro con spirito from Symphony No. 2
I'm not a language expert, but I'm pretty sure "con spirito" means with spirit. And that's something that the last number in the concert has.
THE BEER: Rounding out this beer pairing with something spirited is a great way to end the night. Noda's Gordgeous Pumpkin Ale has the perfect amount of flavor and is seasonally appropriate.

KnightSounds is an incredible alternative to your usual night out on the town. These special programs are wrapped into lively themed events at the sleek Knight Theater in uptown.

KnightSounds is the signature event for the Symphony's young affiliates group, Pulse, which sponsors a pre-concert talk at 6:30 p.m. Come meet them, stop by the talk, learn about membership.

Here's the year's schedule for KnightSounds:

Friday: Bachtoberfest, an annual German celebration now in its third season. This year, the concert will feature the works of Johann Sebastian Bach and his son, W. F. Bach, plus Mozart's Overture to The Marriage of Figaro, and selections from Brahms and Wagner. Beer tastings from local breweries and a "Drinking with Mozart" game will add to the biergarten feel. Tickets here.

January: ¡Sinfonica!, a lively journey through the works of popular Spanish and Latin composers, including Moncayo, Ginastera, and De Falla.

April: The Jazz Room, celebrating American jazz legends from Gershwin to Ellington with a high-energy concert in collaboration with the Jazz Arts Initiative. The party will continue after the concert with signature cocktails in the speakeasy lounge.

May: Romeo & Juliet marks the final KnightSounds concert of the season, a community affair when the Symphony teams up with Charlotte Ballet to tell Shakespeare's timeless tale. This epic KnightSounds finale will feature in-theater screens with close-ups of actors, dancers and musicians, plus a live, outdoor plazacast of the concert on the Levine Center for the Arts plaza. Tchaikovsky, Prokofiev, and Gounod will rule this Shakespeare tribute.

These KnightSounds event often sell out, so get your tickets now!