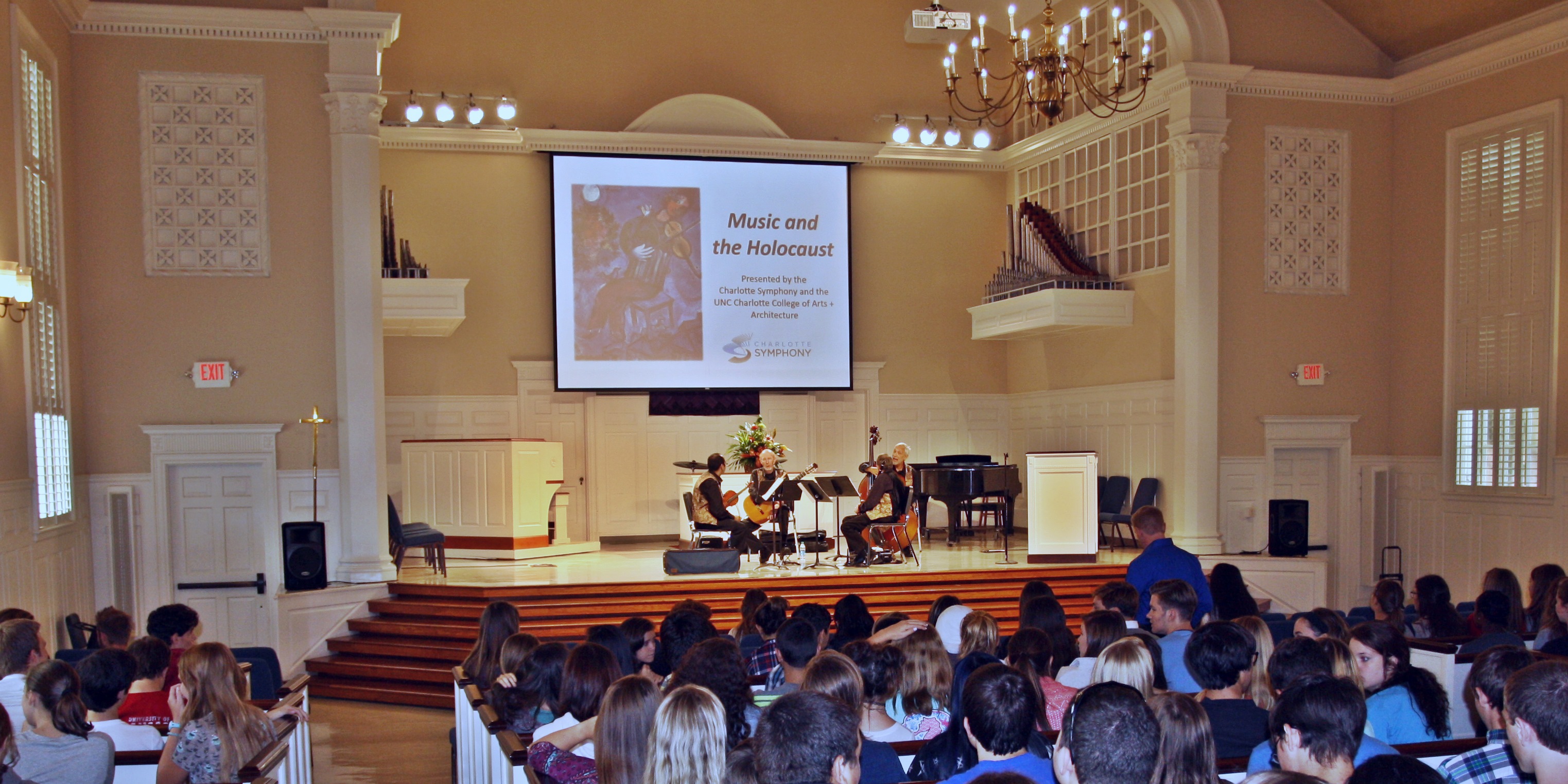 Music and the Holocaust

Musicians from the Charlotte Symphony present a 45-minute themed, narrated program, performing music of significance during this period in history. Through the music of its era, audiences will learn about Jewish culture and the horrors of the Holocaust.

The repertoire features a mix of traditional Jewish and Klezmer music; forbidden music considered "degenerate" by the Nazis; music composed in the concentration camps; and music that evokes survival and healing after the Holocaust.

Each concert includes narration and projected images that explore pre-World War II Jewish culture; the Third Reich's attempt to control art and culture; the role of music and musicians in the concentration camps; and how the European Jewish community refused to be silenced and persevered after the war.

Music and the Holocaust performances are available to schools (grades 6 & up) as well as community groups and organizations.