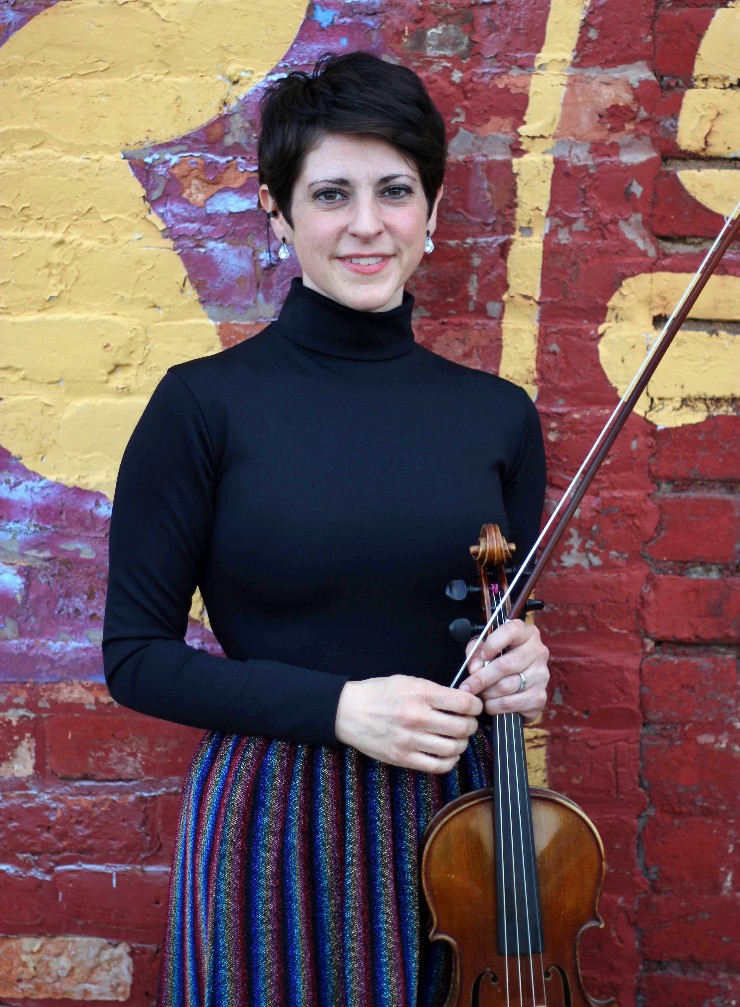 Raised in Cleveland, OH, Jenny received her Bachelor of Music degree from the Cleveland Institute of Music under the tutelage of David Updegraff. In 2004 Jenny earned her Master of Music degree from Carnegie Mellon University, where she studied with Andres Cardenes. Jenny joined the violin section of the Charlotte Symphony Orchestra in September of 2004. She is a member of UNC Charlotte's resident string quartet, the Madison Park String Quartet, along with being a regular performer on Davidson College's chamber series. During the summer, Jenny is a member of the Breckenridge Music Festival Orchestra in Breckenridge, Colorado.

Why did you select your instrument?
I saw Itzhak Perlman on Sesame Street when I was 3 years old.

If you could meet one composer, who would it be and what would you ask him/her?
Beethoven. I'd ask him about his tempo markings

Favorite on-stage moment?
Thinking back to being on stage with and accompanying Rene Fleming still gives me chills. The beauty of her voice is overwhelming; it filled the hall in a way I didn't even know was possible.