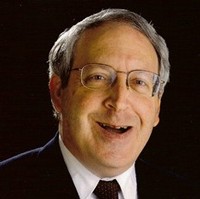 Terry Maskin, English hornist of the Charlotte Symphony since 1986, has held English horn positions with the Richmond Symphony, the Tulsa Philharmonic, the Grand Teton Music Festival and at Eastern Music Festival. He has also performed with the Boston Symphony Orchestra. Mr. Maskin has appeared as a soloist with the Charlotte Symphony on both oboe and English horn, including performances of Persichetti's "English Horn Concerto" on the CSO's Classics series. His Eastern Music Festival performance of Copland's "Quiet City" was featured on National Public Radio. Terry Maskin is a graduate of Harvard, where he studied Economics and served as captain of the table tennis team. Mr. Maskin is a member of Mensa International, and he was one of the winners in the 2007 Charlotte Observer Sonnet Contest. He is married to Jennifer Sperry, the founder of Brightstar Music Festival and a former member of the CSO oboe section. Jenny and Terry have two children, Rachel and Sharon.

First season with the Charlotte Symphony: 1986

Why did you select your instrument?
My older brother (who was awarded the Nobel Prize in 2007) studied the clarinet and he enjoyed it. I wanted to follow his musical example, but I preferred the tone of the oboe.

What would most surprise people about you?
I have written a lot of comedy over the years. Some of my jokes have been featured in a forum that has received over 100,000 views on YouTube.

If you could meet one composer, who would it be and what would you ask him/her?
After I finished complimenting Johannes Brahms on his B major Piano Trio, his g minor Piano Quartet and the dozens of other masterpieces he created, I might summon the courage to ask him why he never composed a Sonata for Oboe.

What’s your funniest on-stage moment?
I was performing in an outdoor pops concert near Jackson Hole, Wyoming at the Grand Teton Music Festival. There was a motorcycle gang in attendance---they were standing directly in front of the stage. When the conductor announced the final work on the program (Tchaikovsky's 1812 Overture), the gang leader shouted, "ROCK THE HOUSE!!"

Other than your instrument, what would we find in your instrument case?
I always carry knives, sharpening tools and razor blades for last-minute adjustments to my reeds and I carry screwdrivers, pliers and spring hooks in case my instruments require last-minute repair.

What do you love most about being a professional musician?
Composers have written impossibly gorgeous, passionate, poignant, dramatic solos for my instrument. I have had the remarkable opportunity to be immersed in these magical passages and to convey that magic to our audience.