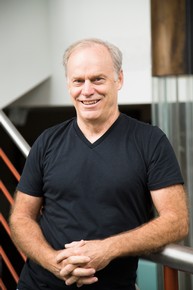 Throughout his career Alan Black has been actively involved and invested in the musical community in Charlotte as a cellist, teacher, coach, and musical entrepreneur. He is passionately committed to developing projects that create opportunities to support local professional musicians, student musicians, and attract new listeners to great musical experiences.

For the past 36 years Alan has served as the Principal Cellist with the Charlotte Symphony. His performance experience covers the complete spectrum of music- from classical music, including chamber music, solo recitals, and concertos with the Charlotte Symphony- to touring and recording with the indie/folk/rock group Barnaby Bright. Highlights include performances on stage as a chamber musician and soloist with artists such as Yo-Yo Ma, Lynn Harrell, Bobby McFerrin, Van Cliburn Gold Medal pianist Jon Nakamatsu, and fiddler Mark O’Connor. He has been a featured performer throughout the Southeast with chamber music concerts at Spivey Hall near Atlanta, the Spoleto Festival, the Eastern Music Festival in Greensboro, and at the Duke Chapel in Durham. European appearances have included piano trio recitals and concerts in Italy, Belgium, and France with violinist Liviu Prunaru, Concertmaster of the Royal Concertgebouw in Amsterdam, and recording artist and pianist Dana Protopopescu, formerly on the faculty of the Conservatoire Royal de Musique de Bruxelles. In December 2015, he performed in a trio concert in Luxembourg at the famed Les Amis du Chateau de Bourglinster. In the spring of 2017, Alan traveled to Crete to become the first musician to ever perform and play in the 15th century Venetian fortress “Rocca a mare” guarding the port city of Heraklion. This first performance was broadcast live on Greek National TV, and in attendance were the Vice Governor of Crete and the Arch Bishop, plus the Mayor and other dignitaries from Heraklion.

Alan has pursued multiple innovative and highly successful musical projects and worked with many different organizations in the Charlotte region. As founder and Artistic Director of Chamber Music at St. Peter’s from 1996 until 2008, he saw his idea grow into a thriving part of Charlotte’s music offerings. Starting with an initial volunteer organization supporting nine free concerts a year at St. Peter’s Episcopal Church in downtown Charlotte, he spearheaded the push to develop the program into a full 501(c)3 with a Board of Directors, three employees, and an annual budget exceeding $200,000. By the 2008 season, CMSP had grown into the largest and most successful chamber music presenter in Charlotte, with a yearly lineup of concerts which included 18 free First Tuesday concerts in the sanctuary, attracting between 500-600 listeners a month. Under his artistic vision the organization instituted several highly popular and innovative programs, including the intimate Living Room Concert series, three concerts each season at the Urban Ministries homeless shelter, and a summer Chamber Music Camp for Teens that attracted more than 70 young students in its first year.

In Charlotte, Mr. Black has received several awards, including the prestigious $5,000 Mecklenburg County Arts & Science Council Fellowship in 1997 and an Emerging Artists Grant in 1990. In 2001 he was honored by the Charlotte Observer for his contribution to the arts community as Founder of Chamber Music at St. Peter’s, and in 2001 he also received the Spirit Award, an award given by the Charlotte Mint Museum and Royal & SunAlliance to recognize those whose involvement and commitment to the arts have made a significant impact on the quality of life in the Charlotte community.

Mr. Black performs on a 1995 Moes & Moes cello, originally built for, and owned by Yo-Yo Ma. This cello was used by Mr. Ma in the HBO documentary The Music of Strangers.