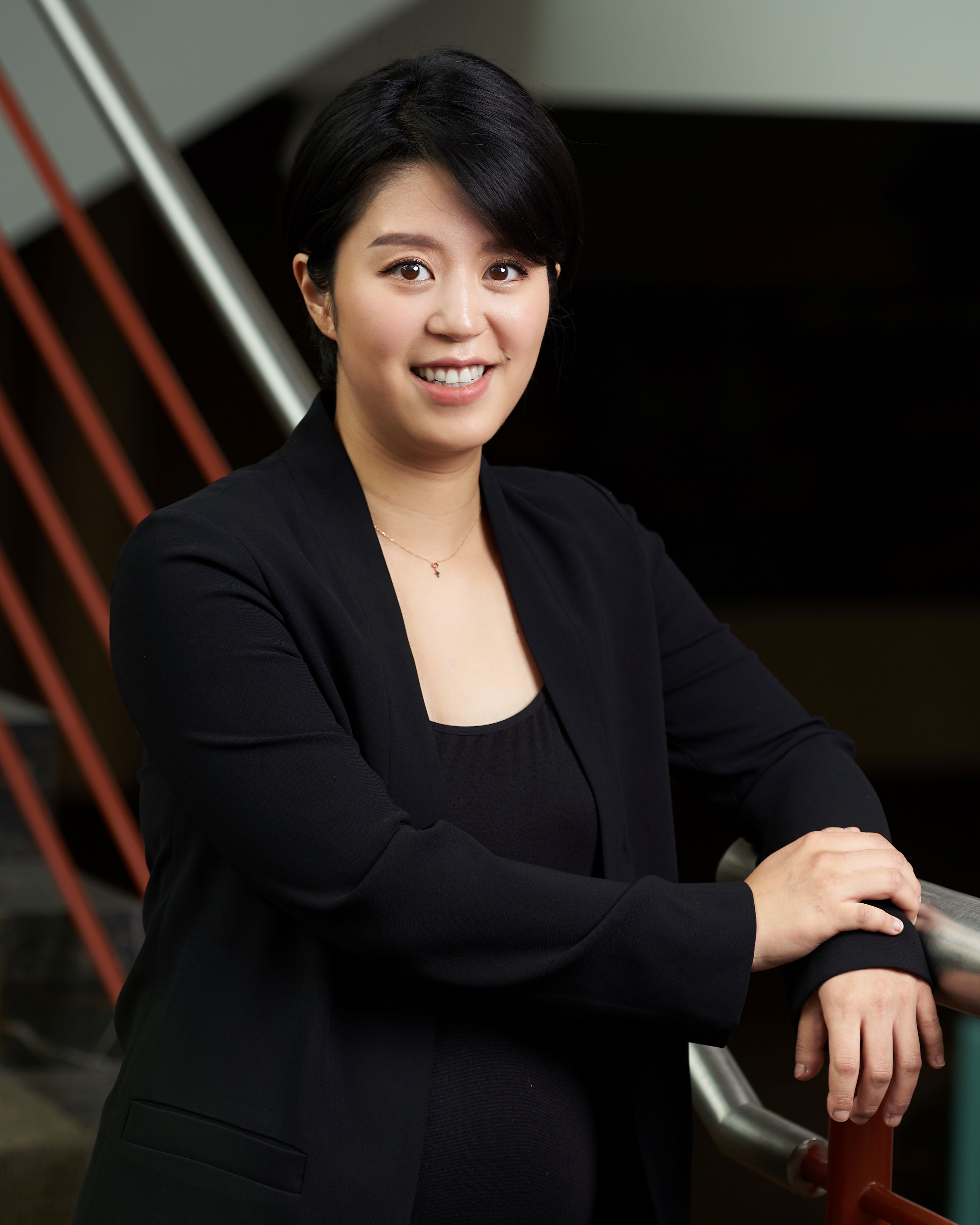 Perhaps you've never tried to play bassoon in a symphony orchestra while you were eight-and-three-quarter months pregnant.

Your weary arms haven't held the instrument away from your globular belly, instead of in a more comfortable vertical position. You haven't been short of breath while playing in the section that most requires oxygen. You haven't kept your cool, playing every rapid note of an overture while your son-to-be breakdanced inside you.

You haven't even wondered whether the thunder of brass right behind your head might be having an adverse effect on the unborn baby. But Olivia Oh did.

"I asked my doctor and found out that wouldn't be a problem," says the Charlotte Symphony Orchestra's principal bassoonist. "That was good, because I wanted to keep playing."

And needed to. Oh joined the CSO on a provisional two-year basis in fall 2018, working toward tenure to be granted in early 2020. She won the audition with infant daughter Ruth in her household and future son William 10 weeks along in her womb.

Oh's "mamabassoonist" Instagram account defines her first as a mother, then as a musician, then as a woman of faith via Psalms 63:4: "So I will bless you as long as I live; in your name I will lift up my hands." She had even set music mostly aside when she realized she wanted to play professionally again.

"When I was three months pregnant with Ruth in March 2017, I stopped playing," she recalls. "I didn't start again for about a year: I couldn't practice while Ruth was sleeping, or I'd have to play softly, so as not to wake her up. I took bassoon up again seriously two months before my audition here, and I was surprised they chose me."

She hadn't lost the chops that made her the first Korean bassoonist to earn bachelor's and master's degrees in music from The Juilliard School. The young woman born Hyeungwon Oh in Seoul studied and worked in South Korea before moving to New York, where a classmate suggested her Americanized first name. Because Juilliard wouldn't transfer any credits from her two years of college in Seoul, she enrolled in 2009 and started from scratch.

She taught high school students, both in college and afterward, and married Charles Hahn after getting her second degree. She was living with Hahn, a director for State Farm Investment Management, in Hackensack, N.J., when she started searching an industry magazine for orchestral auditions.

"Good positions for bassoonists are rare," she says. "I didn't even know where Charlotte was. Neither of us knew anyone down here, and we had to move with a 9-month-old daughter and another baby coming."

She debuted in a demanding year, when two of the three make-or-break pieces bassoonists often play in auditions -- Rimsky-Korsakov's "Scheherazade" and Ravel's "Bolero" -- were on the classical season. (The third, Stravinsky's "Rite of Spring," had been done one season earlier.)

As she settled into a wind section where "I love my coworkers," she could occasionally reflect on the fact that she was never supposed to play bassoon at all.

"I started on piano at 3 or 4," she recalls. "My mom was a pianist, but I didn't want to play back then; I hated practicing. I did always want to be a musician, but I had to find the instrument that was right for me. I tried the violin, but that wasn't suited to me, either. My pinky fingers stopped growing when I was very young" -- they're now half as long as the fourth fingers -- "so I couldn't reach the strings.

"I tried oboe, but it was still hard to finger. With the bassoon, you can customize the keys to fit your hand. I had the keys made longer, and that worked. And I like the sound of the deeper instrument."

She went to Juilliard instead of another American conservatory to get a well-rounded education and practice her English, not just immerse herself in music. But she was single-minded about her craft: She didn't plan to compose or cross over into jazz ensembles or use her talents on soundtracks. She went to prepare herself for an orchestral career and scored one on her first attempt. (She had set up a later audition at the Metropolitan Opera but didn't need to go.)

The season that will make or break her at the CSO contains challenges from the outset: Tchaikovsky's "Capriccio Italien," the first piece on the 2019-20 roster, requires double-tonguing to articulate fast notes cleanly. Tchaikovsky's Fifth Symphony, which caps that opening concert, also has tricky passages for the bassoon. Yet he's her favorite composer "because of the expressiveness. He goes over the top sometimes, but I enjoy the emotion."

Olivia Oh is the Charlotte Symphony Orchestra's principal bassoonist. Oh joined the CSO on a provisional two-year basis in fall 2018 and is working toward tenure to be granted in early 2020.

A 32-year-old mama bassoonist with children aged 23 months and 7 months faces different challenges at home: Finding quiet time and practice time for herself, remembering not to leave sharp tools around their SouthPark apartment when cutting reeds for her instrument.

She plays classical music around the house but won't insist her youngsters take it up. "We do have a portable keyboard that rolls up," she says. "Right now, Ruth plays it with her feet."

Oh and her husband, who frequently travels to State Farm headquarters in Indiana and other cities, must work out a complex schedule of child-minding around their two jobs.

"Going to work is actually kind of a rest for me," she says, laughing. "It's my job, but I'm having fun. I come away from it with more energy, not less."