What’s up next season at the Charlotte Symphony? A lot of Ludwig 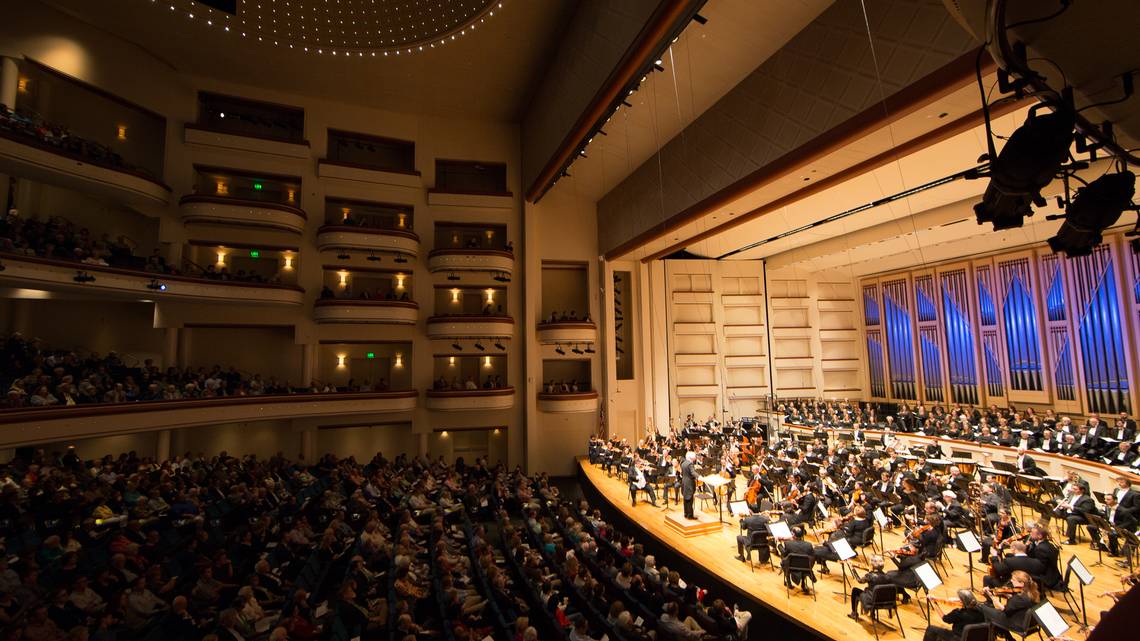 Expect Beethoven, as the coming year marks the 250th anniversary of his birth, from the Charlotte Symphony's next season. COURTESY OF THE CHARLOTTE SYMPHONY

"It had been a wonderful evening. And what I needed now, to give it the perfect ending, was a little of the Ludwig Van."

Every serious classical music lover will soon echo Alex from "A Clockwork Orange": Orchestras all over will celebrate the 250th birthday of Beethoven in 2020 (he was born in Bonn in December 1770). The Charlotte Symphony pays him homage in 2019-20, playing six of his masterworks and packing the upcoming season with composers believed to have influenced him or been influenced by him.

The organization will hit the sweet spot for tradition-bound concertgoers over and over in its 12-concert Classical season. Nine of those concerts offer a big 19th-century symphony or concerto, and many feature two of them.

The October gala brings Itzhak Perlman back with the piece he played five years ago, Mendelssohn's Violin Concerto in E Minor. Of the nine works new to CSO programming, one is by Elgar, another by Sibelius, and a third is an arrangement of Vivaldi.

The Pops season reprises "Magic of Christmas" and offers tributes to Frank Sinatra, service veterans, the 1980s, James Bond and Broadway. The New Year's Concert will get a second outing, and "Messiah" will come back after a year away. The symphony will announce its movie and children's series later.

Yet the CSO has been more spontaneous than other groups, especially during 2018-19: Individual ticket prices sometimes changed before a concert according to demand, flex passes were added, BOGO offers popped up, and a "supersale" let you pay as little as $75 for three tickets. It's best to call 704-972-2000 or check charlottesymphony.org to see what's going on.

Here's what's been announced so far, with Christopher Warren-Green conducting all Classical concerts except as noted:

Point of interest: The CSO has never played Elgar's concert overture, written during his stay in Alassio in northern Italy in 1903-04.

Nov. 8-9, Knight: Hans Graf conducts Debussy's "Prelude to the Afternoon of a Faun," Mozart's Violin Concerto No. 5 and Brahms' Symphony No. 2.

Point of interest: Violinist Angelo Xiang Yu played Bruch's Concerto No. 1 superbly with the CSO in 2016.

Point of interest: This will be a rare chance to hear Copland's full-length ballet score, not the suite.
Feb. 14-16, Knight: Tchaikovsky's "Romeo and Juliet" Fantasy-Overture, Delius' "Walk to the Paradise Garden," Chopin's Piano Concerto No. 1, Beethoven's Symphony No. 8.

Point of interest: The most important solo role in Beethoven's monumental mass will go to soprano Christina Pier, who stole the show as Micaela in Opera Carolina's recent "Carmen."

Point of interest: The Belk has no organ, despite that gorgeous array of unconnected pipes at the back of the stage, so one must be imported.

Point of interest: Except for the Mozart concerto listed above, this is your only shot at music written before 1800.