Warm-up to the Sounds of Symphonies Across North Carolina 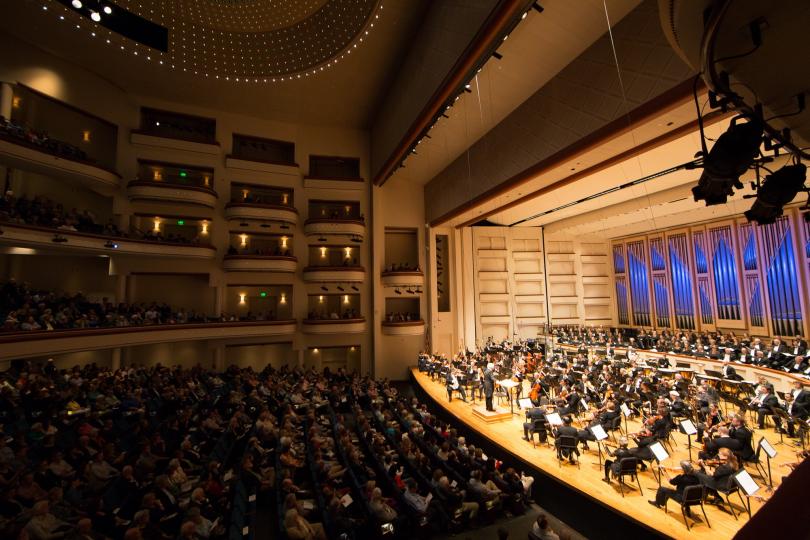 When not leading the Charlotte Symphony Orchestra, internationally renowned Music Director Christopher Warren-Green is the Music Director of the London Chamber Orchestra and has conducted music for several high-profile royal weddings, including those of Prince Harry and Meghan Markle, and Prince William and Kate Middleton. Not to mention the 80th birthday celebration of Queen Elizabeth.

Royal engagements aside, Warren-Green inspires the nearly 60 full-time musicians in a dynamic season that runs September through May and includes Classical, Pops, and Family Series, among other special performances with notable soloists, a summer series, films in concert, and an annual favorite, the Magic of Christmas.

The Charlotte Symphony performs everywhere from community parks and schools to breweries and senior care centers. The popular On Tap series at NoDa Brewing Company and the On the Go neighborhood series mark an important expansion of programming in the community bringing the orchestra experience to wider audiences.

The next generation of musicians and music lovers are nurtured by the CSO with two youth orchestras, led by Resident Conductor Christopher James Lees. Each season, the Charlotte Symphony Youth Orchestras present several concerts, including a side-by-side with the professional orchestra, and perform as prelude acts before Symphony mainstage events.
Read the full article here.