1 to Watch: Victor Wang. What turned him from microbiology at Yale to the flute? 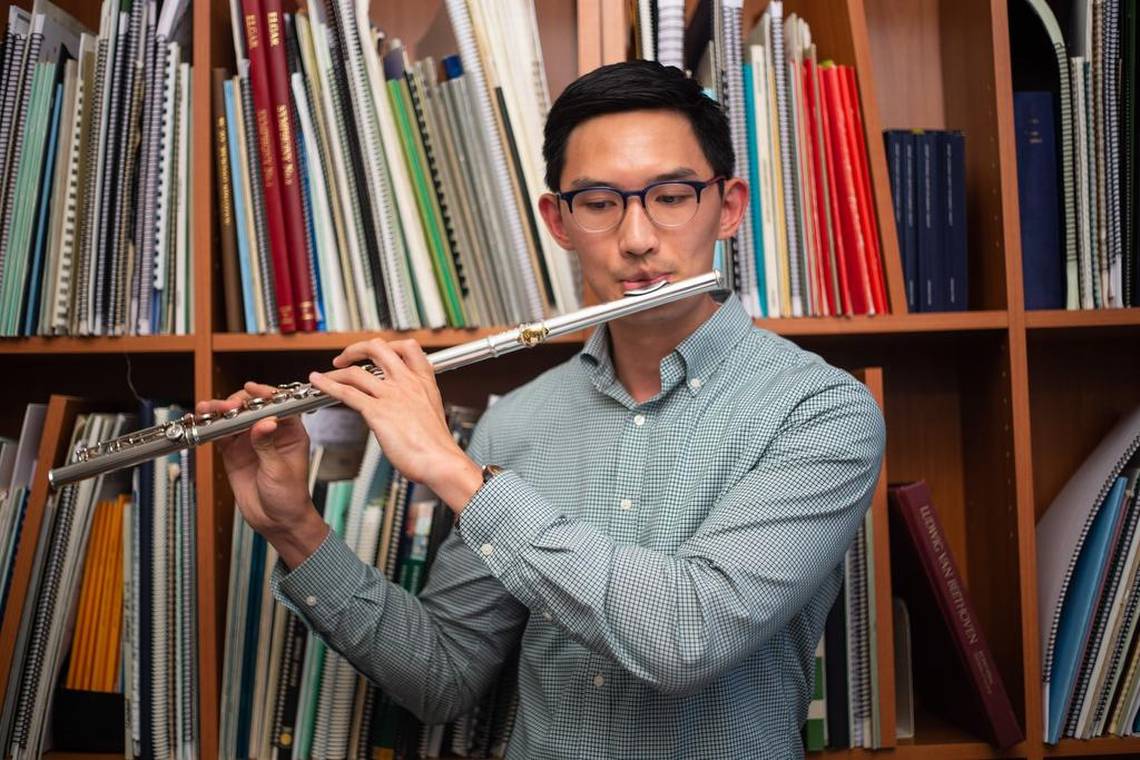 In an alternate universe, Victor Wang would be wrist-deep in someone's innards or calibrating a sample for a clinical trial in a lab. Instead, he's wrapping his long fingers around a flute in the Charlotte Symphony Orchestra.

Five years ago, en route to his bachelor's degree in microbiology at Yale University, his parents in Rochester, N.Y., were among many voices suggesting medical school. Even his music teachers, he says, "were cautious about advising me to go into music, because it's so difficult to get jobs."

Instead, he earned a master's degree in music at Yale, playing on the Yale Symphony's acclaimed recording of Paul Hindemith's piano concertos. A year after graduating, he won the principal's chair in the CSO. He'll get the spotlight Feb. 22-23, playing solos in Michael Daugherty's "Trail of Tears" and Tchaikovsky's "Sleeping Beauty."