Mary Deissler's career might have turned out differently if she hadn't experienced crippling stage fright as a budding concert pianist.

She might be performing with the Charlotte Symphony Orchestra today instead of leading the organization as its newly appointed president and CEO.

"I was a very serious piano student as a young girl," says Deissler, who began studies at age 7 and continued until age 20. "I was conservatory-bound and determined to be a soloist. I discovered I have terrible stage fright. I'd be on stage and all my beautifully memorized music would go. I also heard people who were really good and decided that maybe it wasn't the best career choice for me."

Deissler began her new role in June, relocating from Chicago, where she most recently served as president of the Chicago Academy for the Arts. Deissler brings deep experience in fundraising and audience development supporting arts and cultural organizations. She spent 25 years with Boston's Handel and Haydn Society, held a top development position with the Los Angeles Philharmonic, and was chief advancement officer for Artis-Naples in Florida.

"The Board was very clear in identifying the key challenges for me in coming into this position," says Deissler. "They were looking for somebody with expertise in driving revenue--and bringing additional resources into the symphony. I very much had my eyes open coming in."

Deissler is attacking the challenge with a two-pronged approach. She wants to raise additional revenue by increasing paid attendance to existing concerts. She's also expanding the symphony's community engagement programming, bringing the resources of the symphony to some unlikely venues. Deissler is exploring, for example, a "Bucket Band" program for incarcerated youth at Jail North and other avenues where the symphony can address unmet community needs. 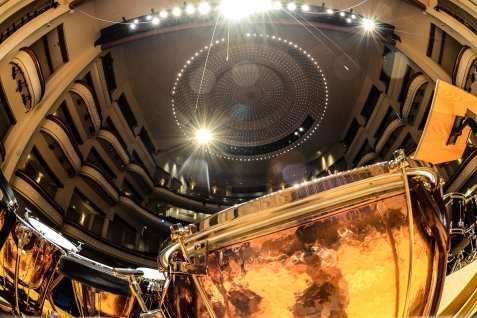 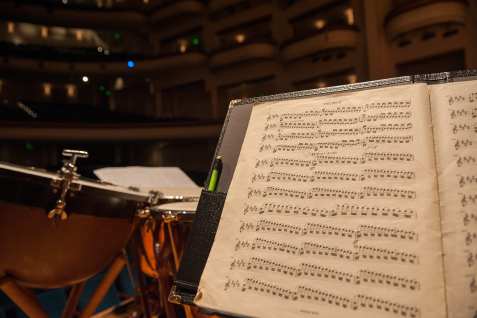 "For an orchestra it always starts with the partnership with the music director," Deissler says, describing key collaborators she's working with to take the symphony to the next level. "[Music Director] Christopher Warren-Green reached out to me in the recruiting process and said, 'Let's talk.' We had dinner in London. I loved his ideas and ambitions for CSO that he'd not yet been able to realize. I was excited to have the opportunity to work together as he really sold me on Charlotte."
Area residents can look forward to newly developed programming, cultural partnerships, and engagement opportunities that reach a broader audience.

The symphony's partnership with NoDa Brewing Company illustrates how they are bringing their resources beyond Belk Theater. On Nov. 29 the symphony will launch an ongoing brewpub series held in the brewery's taproom. The program will feature an ensemble group of musicians performing bluegrass and other popular music. "The brewery is even going to create a special beer for the event," says Deissler.

In August, the symphony refashioned KnightSounds into altsounds. The alternative, mixed-genre programming in a casual setting attracts a younger and more diverse audience. In January, guest conductor Steven Hackman will lead a symphonic mash-up of Brahms First Symphony and Radiohead's OK Computer. The mash-up of works produced more than a century apart promises to be fun, if not a bit unusual.

"A big part of attracting a wider audience is offering interesting programming," says Deissler. "One of my primary tasks is to capture the imagination of young people and get them into the seats at the symphony."

Now, Deissler is settling in nicely. She's bought a condo uptown and loves the vibrancy of the center city, and her fellow Charlotteans' Southern hospitality. "The culture here is warm--people are very welcoming," says Deissler. "People smile at you in the street and say hello in the elevators, they don't rush up escalators. It feels very comfortable."