CVNC: The Charlotte Symphony Plays a Joyous Concert of Copland, Shostakovich, and Haydn 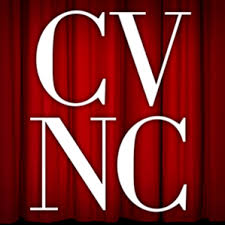 One of the Charlotte Symphony Orchestra's signature moments happened the last time they performed Aaron Copland's Appalachian Spring at Belk Theater, in 2009. Acknowledging the cheers and doling out the bows, guest conductor Larry Rachleff did something I'd never seen before and haven't seen since. He proceeded to stride over toward concertmaster Calin Lupanu's music stand, where he grabbled the score and lifted it high in the air for our approval. (For me, this tributary gesture held extra meaning because the previous CSO performance of Appalachian Spring I'd attended in 1993 was among the most wretched and lifeless I had ever heard from the ensemble.) Rachleff's gesture took on a triumphant aspect, as if the orchestra had reached a previously unattainable mountaintop. Six years later, with music director Christopher Warren-Green on the podium, the orchestra seemed even more securely perched at that summit as it reprised Copland's ballet suite. That impression wasn't diminished as we moved deeper into the concert with Shostakovich's Concerto for Piano and Trumpet, with CSO principal trumpeter John Parker joining guest soloist Lukáš Vondráček downstage. After intermission, Warren-Green demonstrated his affinity with Haydn's "London" Symphony No. 104.

While it might be profitable to ask what Warren-Green has learned from conducting an American orchestra when exploring the folksier and jazzier moments of Copland's suite, the Britisher has certainly had much to impart to Charlotte's musicians in the hushed vernal and sacred sections. Woodwinds were beautifully integrated in the dawn-like introduction, with poignant spots from Hollis Ulaky's oboe, Amy Orsinger Whitehead's flute, Eugene Kavadlo's clarinet, and Joshua Hood's bassoon gilding the music. Jumping into the next section with revivalist zest, the brass gave the ensuing religious episode a forceful dramatic thrust. Expectancy was built up far more gradually for the onset of the big "Simple Gifts" tune, the violins communing poignantly with the piano, Ulaky's oboe standing out from a thicket of woodwinds, and Kavadlo modestly singing out the Shaker hymn on the clarinet. Then after the kind of hushed pause I'd imagine precedes an earthquake, the whole orchestra, aspiring to the full majesty of Appalachia, chimed in. Kavadlo and Whitehead keyed the ethereal aftermath, capped by an exquisite plink from harpist Andrea Hamm, who had distinguished herself in far more demanding passages earlier on.

Off the beaten path of orchestral repertoire, the Shostakovich concerto with string orchestra only had never been presented at Belk Theater before, its first and only previous appearance having been on a CSO program 27 years ago. It isn't for a pianist who prefers to ease his or her way into the most intense passages, yet Vondráček was noticeably more eager than Martha Argerich to plunge into a manic fever. He and Warren-Green took a more lurching path into the opening Allegro moderato than Argerich in her DGG recording, which has little of the sweetness to be found in her Warner version. Really, Vondráček and Warren-Green seemed to extract the best of both interpretations, the éclat of the DGG and its balance between the soloists conjoined with the more satisfying coherence of the Warner. Counterbalancing Vondráček's jagged modernism, Parker was a poised and comparatively traditional interlocutor. The two soloists sounded far more simpatico in the Lento movement after the violins floated over the strings, Parker adding a mute to his instrument as Vondráček made his entrance with exquisite old-school delicacy and gradually built to rhapsodic lyricism. Parker wasn't in evidence in the interstitial Moderato, which is a ruminative keyboard solo leading to a more florid exchange between the strings and the piano, but he played a leading role in the comically festive Allegro con brio. Shostakovich rummages among various melodies for the trumpet, including a quote from the folksy "Poor Jenny," and Parker played them all as if they were stolen from a Spanish village. Meanwhile Vondráček was no less attuned to the humor of the score, clanking extremely high on the keyboard's treble and reveling in the quirky, raggy chromaticism.

Congratulating us first on laughing at the funny parts of the Shostakovich, Warren-Green made a point of telling us that London wasn't merely the place where Haydn wrote his Symphony No. 104, for the city is boisterously embodied in the music, not greatly different from the London of today. The first violins were very sweet, answering the violas and second violins in the Adagio intro, joining in a sprightly leap into the Allegro, and justifying Warren-Green's intimation that we would be hearing street cries. Trumpets, winds, and Leonardo Soto's timpani added to the vitality. Soto played a key role again in the Andante when the small-scale early passages, with their simple bass line from the cellos and contrabasses, abruptly veered into dignity and grandeur. The stop-and-go of the Menuet probably makes it the most memorable movement of this symphony. Whitehead's flute and Hood's bassoon stood out in the winds' frolicking leading up to that familiar episode, and when we reached the moment where Haydn begins to fracture the 3/4 tempo, the orchestra ably captured Papa's warmth, humor, and charm. Haydn's Finale to his entire mammoth symphonic output may have the biggest sound of any movement he ever wrote, as richly festive as anything you'll find in Beethoven's "Pastoral." The CSO's violins had a particularly Londonesque edge here, but Warren-Green has also meticulously sculpted the dynamic contrasts and tempo changes for maximum visceral effect, while Soto delivered his concluding bombs with pinpoint accuracy.

This program will be presented in the same venue on Oct. 9 and 10. See the sidebar for details.