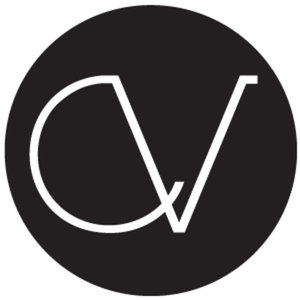 by Meg Freeman Whalen
It must be a bit disheartening to musical patriots that American orchestral music is still so exotic to an American orchestra that it gets a single, isolated program across an entire series of concerts. This weekend, the Charlotte Symphony performs its American Classics series program, continuing a longstanding habit of herding our homegrown composers into one place.

The Charlotte Symphony is not unique in this habit. While a few orchestras the St. Louis and Atlanta symphonies come to mind have made a concerted effort to integrate American concert music into their standard repertoire, most orchestras in the United States still marginalize it. The story of how that came to be is truly the story of classical music in America, a history that begins in the 18th century, when a rift developed over which music would be sung in New England churches: local hymns (often by unschooled "singing masters"), or the more "proper" hymns coming out of the  English and German church traditions? As institutions such as Boston's Handel & Haydn Society laid the foundation  for what would become American concert life, Americans developed a love for European music (and rightly so, of course; it is great music.). Nearly all the orchestral conductors in the U.S. were European (and many still are). Nearly all American composers trained in Europe.

Of American composers, only a handful generally even make it to the American showcase programs on orchestral series: Barber, Bernstein, Copland, and Gershwin top, and often comprise, the list. Three of those Barber, Bernstein, and Copland appear this weekend; Gershwin will join Copland for next season's American concerts (February 19 & 20, 2016).

So, perhaps the most important message is this: don't miss the opportunity to hear this wonderful music! While most of the pieces on the program Barber's Adagio for Strings and violin concerto, Copland's Lincoln Portrait  are among the go-to works for American programs, the weekend offers one truly rare and glorious opportunity. For the first time in 20 years, the Symphony and theOratorio Singers of Charlotte will perform Leonard Bernstein's beautifully moving Chichester Psalms. Composed in 1965 for a summer musical festival at the Chichester Cathedral in Sussex, England, Chichester Psalms sets texts from six Biblical Psalms, sung in Hebrew.

The centerpiece is the complete setting of Psalm 23, "The Lord is my Shepherd." Sung by a boy soprano, the pure and plaintive tune, with a harp accompaniment, not only recalls the innocence and confidence of a youthful King David, but conveys an assured, child-like faith. Seth Bingham will sing the piece Friday; Noah Henthorn sings Saturday. Both boys are members of The Choir School at St. Peter's.
Globally, the U.S. is perhaps acclaimed more for its contributions to popular music and jazz than to classical music. Perhaps because of the power of the popular in American culture, many American composers have been cross-overs, comfortable in multiple musical camps. Copland, Bernstein, and Gershwin, for example, all wrote music for various uses and settings, whether Tin Pan Alley, Broadway, or the Silver Screen. (Even Barber forayed into boogie-woogie and the blues in his solo piano Excursions.) The Symphony will highlight some of those more populist pieces in its next KnightSounds concert, "A Night in New York" (April 17 and 18), giving Bernstein and Gershwin another chance to shine.