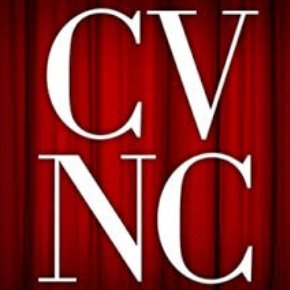 Three of the ten performances of Brahms' Ein deutsches Requiem by the Charlotte Symphony Orchestra including the current ones in their 83rd season have been presented in the new millennium by three different conductors: David Tang (2001), Christof Perick (2005), and now Christopher Warren-Green. You cannot program a lengthier, more imposing piece by Brahms, and the Requiem is also a wondrous showcase for chorus. Under Tang and departing director of choruses Scott Allen Jarrett, the CSO's choral arm, the Oratorio Singers of Charlotte, has grown in might and refinement. Perhaps faulting their pronunciation, Perick was muted in his enthusiasm for the choir in his exit interview with me, lauding them as a very fine amateur ensemble. Peter McCoppin, Perick's predecessor, was absolutely glowing in his praise. He was particularly impressed by their beauteous hushed a cappella in Mahler's Resurrection symphony, marveling that he never had to correct their tuning even once. "That's quite rare," he told me in 1999. "The choir's a real jewel for the community."

My main dissatisfaction with the Oratorios, if you can call it that, is that the group hasn't been let loose to explore a wider range of repertoire. There are, after all, other oratorios besides Messiah, Elijah, The Creation, and Bach's Passions. Compared to the concerts by the Westminster Choir that I attend almost annually down at Spoleto Festival USA, our Charlotte jewel seems staid and circumscribed. Within their confines, however, the chorus remains magnificent, and the choristers' work in the German Requiem only increased my longing to see (and hear) the Oratorio Singers exploring new frontiers. Judging by the frequency of the Oratorio Singers' appearances in recent seasons three during last year's classics subscription season and two this year I believe Warren-Green's attitude toward the choir is more like McCoppin's than Perick's. There were moments in the Brahms when he seemed to be no less awed and inspired by the sound of the chorus than they were by his leadership.

Nor was the orchestra completely upstaged by the glorious singing. Cellos and violas were achingly lovely blending together before the soft sanctity of the choral entrance, singing the "Blessed are those who mourn" passage from Matthew with a halo of soft French horns. Flutes and oboes peeped through the solace before the chorus grew impassioned, and the winds ushered out the section sweetly with Andrea Mumm's harp. The weight and gravity of the ensuing "For all flesh is like grass" was effectively contrasted with the opening as the violins made their belated entry and the men figured more prominently in the more somber choral passages. Prodded by the turbulence of Leonardo Soto's pounding on the timpani, there was a prodigious swell as the verse from Peter was repeated with an implacable fatality. Yet another effective contrast was delivered as the chorus took flight with the affirmative passage from Isaiah, where the women returned emphatically to the tonal palette.

The fourth ("How amiable are your tabernacles") section, the shortest of the seven, may also be the sweetest. Taken from the 84th Psalm, it was an irresistible display of the hometown talent, the chorus shining in the quietly exclamatory opening verse, the strings spurring the music into the more celebratory spirit of the middle verse, and the winds blending deliciously to the seal contentment of the concluding verse. Framing this creamy center, there was excellent singing from the guest soloists, baritone Russell Braun and soprano Anna Devin, both in auspicious Charlotte debuts. Braun was powerful in the third "Lord, let me know my end" section and the "For here we have no lasting city" sixth section, where he was answered not only by mighty rants from the chorus but also thrilling blasts from the brass.

Devin was certainly no less impressive in her briefer stint, lifting the fifth "So you now have sorrow" section to sublimity together with the fluty winds. Brahms was tempted to substitute "Human" for German in titling his Requiem, and the Oratorio Singers' soothing work in the concluding "Blessed are the dead" section supported the idea that the composer was more interested in consoling the living than in grieving over the dead. With a less liturgical text than the Verdi Requiem, presented here back in May, Brahms was able to push more decisively away from dread toward healing. The traversal of these two stirring requiems was completed more triumphantly than it began, with more fully satisfying work from the guest soloists and sustained excellence from the Symphony and their chorus in the Brahms than in the Verdi.