The Charlotte Symphony in Our Schools

How the Charlotte Symphony launched the tradition of education concerts


The Charlotte Symphony's 1954-55 season made history with record ticket sales, expanded programming, and a star-studded lineup of guest artists. It also ushered in a new era for educational outreach.

In 1954, Esther Waltenberger, the Orchestra's industrious manager, met with representatives of the public schools to discuss organizing concerts for fifth and sixth graders. It was decided that the children would be bused to the Armory during the school day for a special concert. 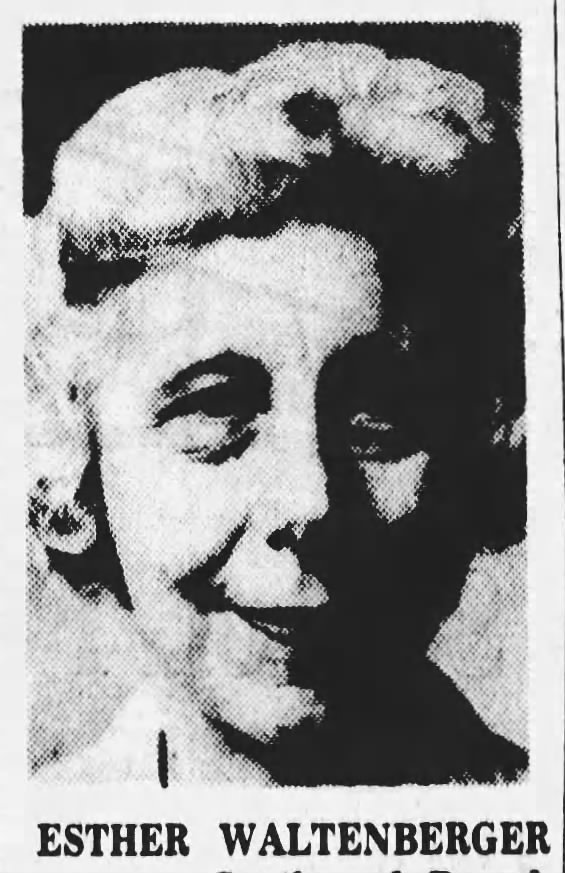 On the day of their meeting, however, the Armory was destroyed by a fire. 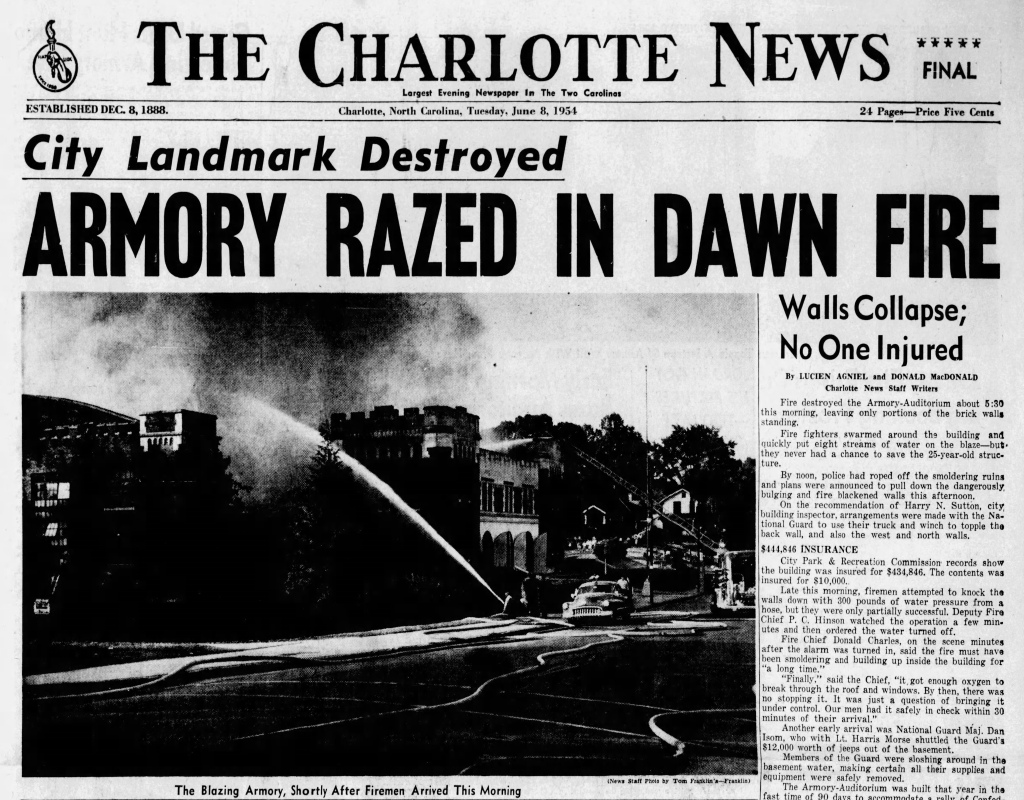 Charlotte Symphony flutist Joseph P. Little remembers that day, "It was really a barn of a place to play in. When it burned down, people sat on banks across from the auditorium and just laughed, thinking we'd surely get something better." 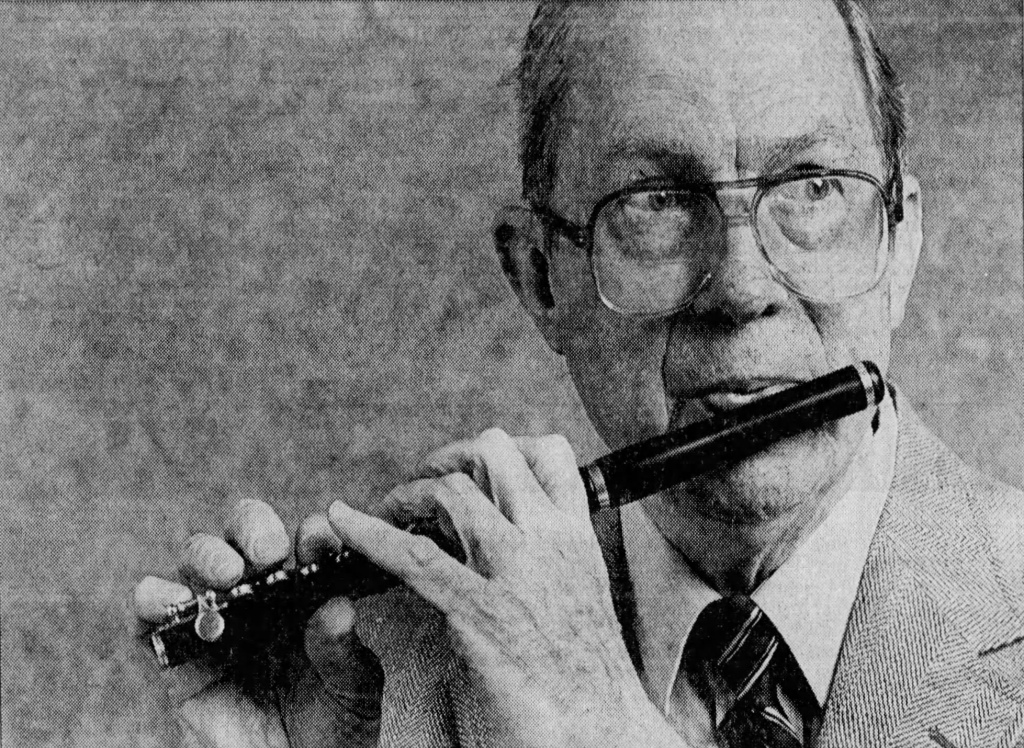 But before they could consider a new home, Waltenberger and Superintendent Dr. Elmer Garinger had to quickly come up with a plan to save the new education concerts. And that they did. A chamber orchestra would be created to take the performances directly into the schools. Over the next two years, CSO musicians traveled from school to school, performing thirty-six concerts each year.


Children were prepared for the concerts by music teachers throughout the city, using study guides written by Waltenberger with the themes "What is an orchestra?" and "Form in Music." 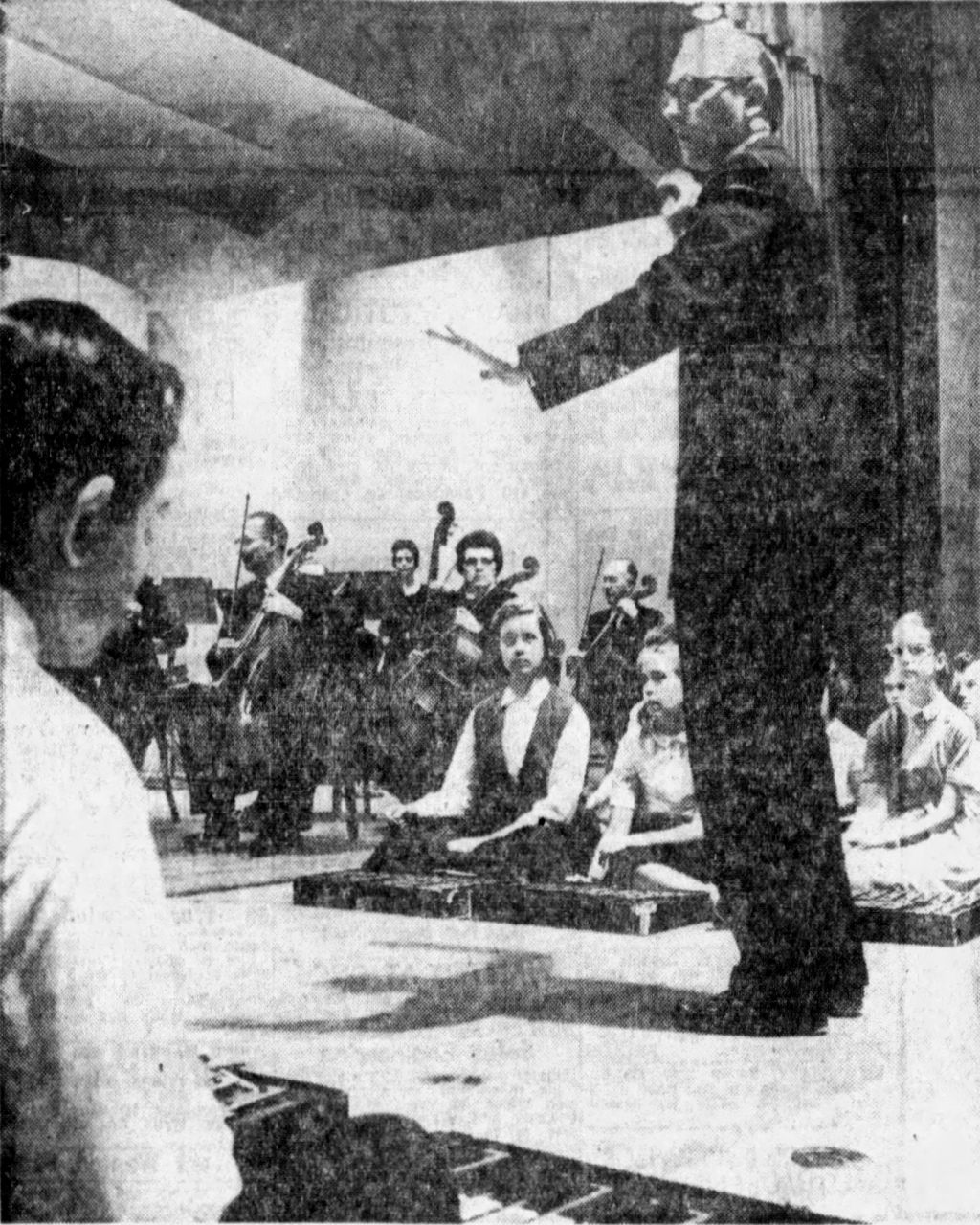 The school concerts were suspended briefly when the orchestra faced a financial crisis in the 1957-58 season, but by 1961 they had resumed in a new home: Ovens Auditorium.

The Women's Association and Junior League members walked children up and down the hill to the parking lot. Women's Association member Kassie Minor remembers those days, "Three concerts a day for three days in a row! I guarantee you could lose ten pounds in no time." 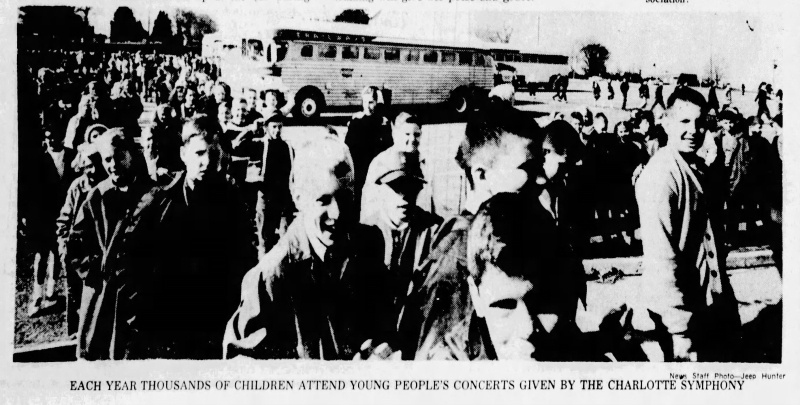 By the late 1960s, the school concerts had expanded to include more grades, but the school system, which was now using widespread busing to desegregate the public schools, were no longer able to provide the buses to bring students to Ovens for the concerts. The Women's Association even began taking special driving courses and drove the buses themselves! The Charlotte Observer reporter, "Braving 'five on the floor' and an absence of power steering and power brakes, volunteers took the NC School Bus Drivers' Certification Course and proudly took to the road." 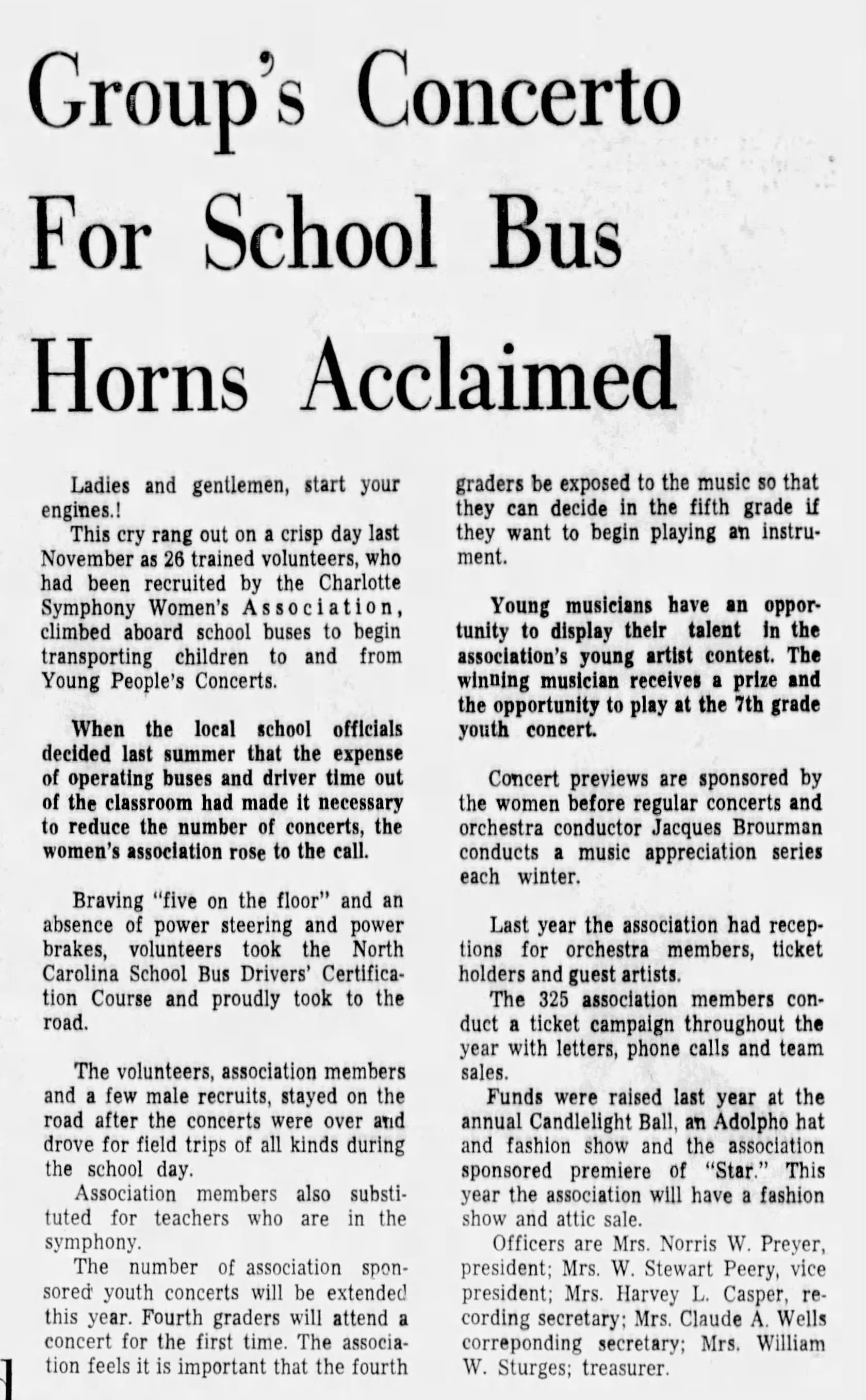 But by 1971, the lack of buses became too much and the Symphony canceled its concerts for schoolchildren. The Symphony board decided that, once again, it would form a small group of musicians to take the music directly to the schools. Now they just needed to find the money. A grant from the NEA and a gift from a generous donor took care of two-thirds of the cost, but the final third would need to come from the School Board. 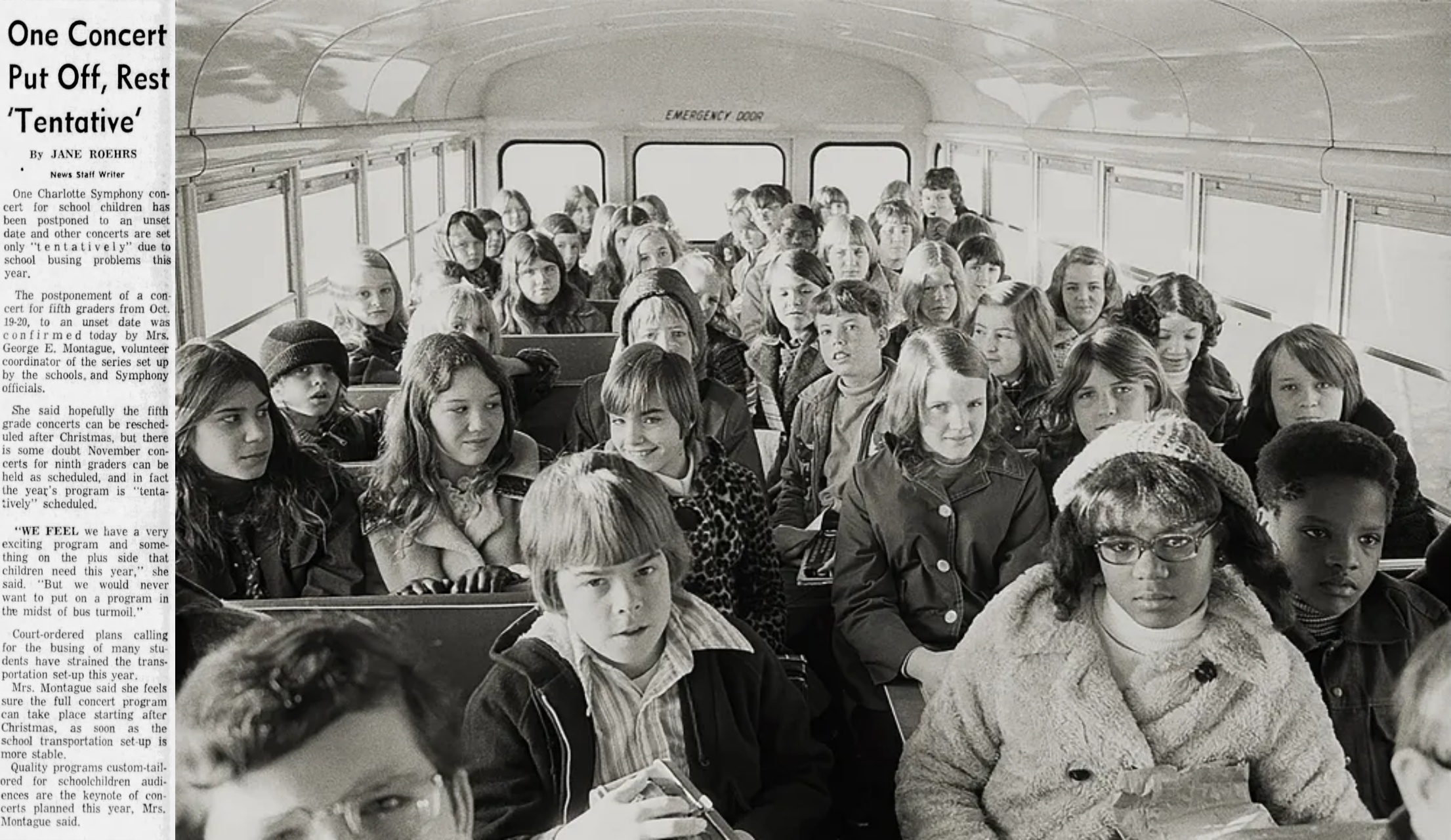 The Board seemed less than enthused during the appropriations meeting. Hearing that the measure may fail, John Campbell, the chair of the Board of County Commissioners jumped in his car and rushed to the meeting -- in his bedroom shoes -- to voice his support. The measure passed, saving the school program from disaster and preserving a legacy of music education in Charlotte. 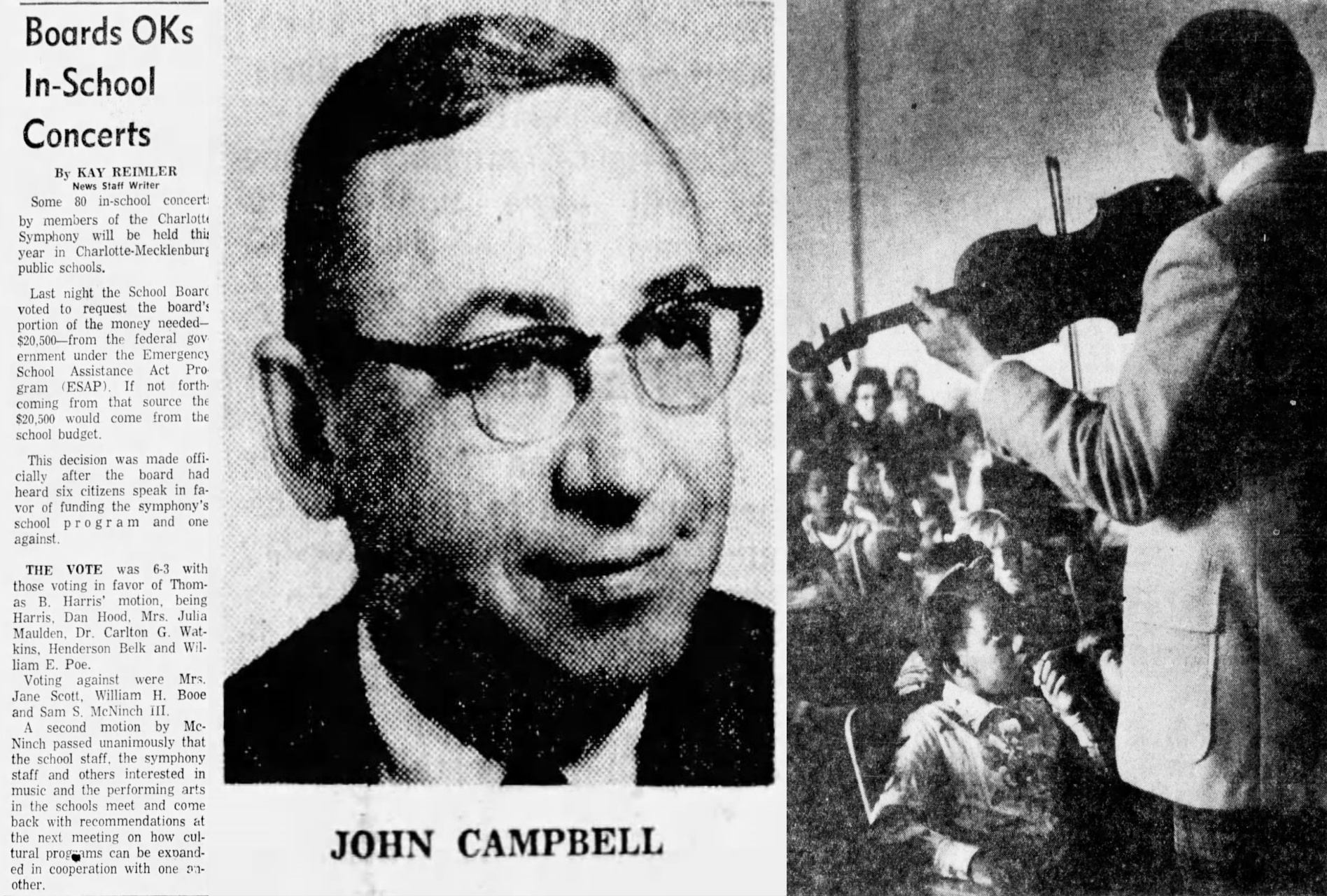 For nearly 70 years, the Charlotte Symphony has inspired and educated local school children through the power of music. This spring, education concerts took place in the Belk Theatre with 6 concerts over 3 days, serving more than 11,000 students. This has always been a key part of the Symphony's mission: to nurture that passion for orchestral music and encourage tomorrow's musicians and music lovers.