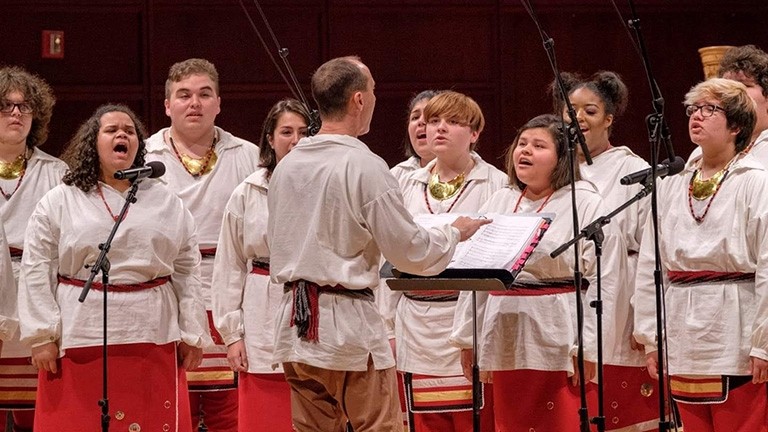 "Si Otsedoha (We're Still Here) is not only an artistically excellent work that shines a light on North Carolina music and composers, but it also gives voice to a group of people in our home state who feel forgotten," Michelle Hamilton, Charlotte Symphony Interim President and CEO, said. "The Charlotte Symphony is proud to share the stage with these young singers and provide a platform for their voices." Hear their message: Join us on Jan. 31 and Feb. 1 at Belk Theater. Also on the program: Copland's Appalachian Spring and Barber's Adagio for Strings.
Charlotte Symphony Charlotte Symphony