September 4, 2018
If you've ever seen Joshua Bell perform live, you'll understand just how much stamina and sheer power goes into every performance. Here, we pick Joshua Bell's brain on the athleticism behind his performances. 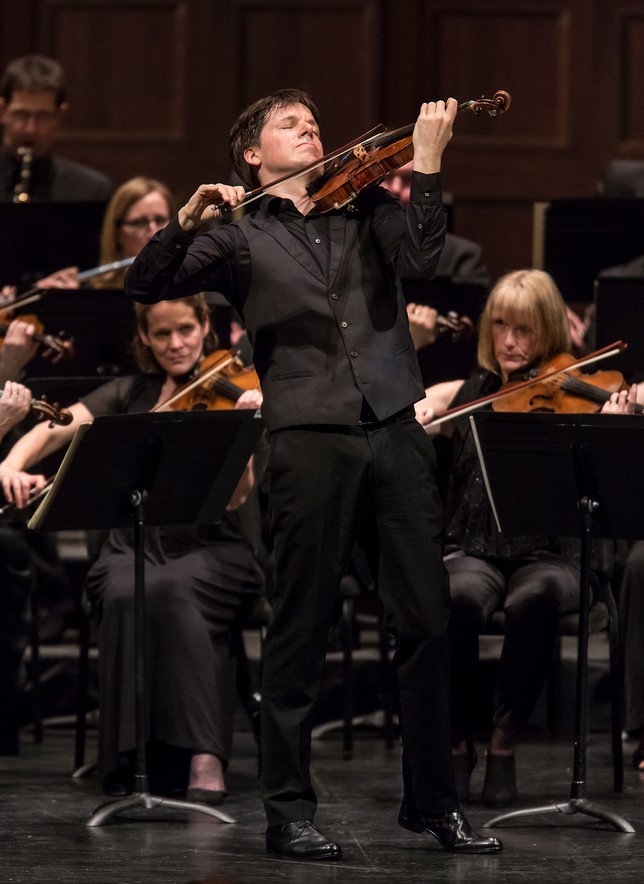 First of all, we've heard that you lose weight every time you perform?
Yes! I'm quite physical when I play, so it's quite good exercise. I probably lose at least a couple of pounds after a two-hour performance. It almost makes up for the fact that I tend to celebrate afterwards with a huge meal! Almost.

That sounds like a good workout plan. Do you exercise off-stage, too?
Well, not as much as I used to, but I still love to play tennis and basketball, and I always seem to be running through airports to catch my plane!

You also have children you must run after quite a bit?
Yes, three. Three young boys, 8-year-old twins, and an 11 year-old. I'm trying to teach them tennis, so hopefully they will help me stay in shape.

We also hear you're a foodie.
Yes! I love food. It's one of the great joys of traveling. I love tasting foods from different regions of the world. Recent highlights were eating at Noma in Copenhagen, The French Laundry in Napa, Au Cheval in Chicago wow, what a burger! I also just got back from Asia, including Thailand, which has some of my favorite food in the world.

So what's the greatest parallel between an athlete in competition and a violinist on stage?
There are so many similarities.  To excel in either, it always helps to have started young, and both require excessive training. Whether it's playing basketball or playing the violin, one must have extreme focus, and must have confidence which comes from great preparation and also from learning how to conquer ones fears and doubts under pressure - always trying to get "in the zone."

Also, as a soloist with an orchestra, you're part of a "team" effort in the presenting of music.
Absolutely.  As with sports, making music is almost always a team effort.  One must react to others, and know how and when to lead and when to follow.  An orchestra is a lot like a football team, all with separate tasks but working toward a common goal, and the soloists job, I suppose, is to be part quarterback and part coach! (OK, maybe I've taken the analogy too far!)...It is no coincidence that I happen to love football season, and I always try my best to keep my Sundays free to watch as many games as possible! Go Panthers!