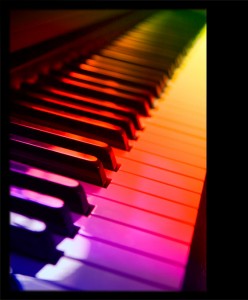 After last weekend's concerts, in which the Charlotte Symphony featured Disney tunes including Colors of the Wind, this weekend's performances will touch on colors of music!

The CSO recently explored the experience of synesthesia in its October KnightSounds concert, which paired paintings by Romare Bearden with pieces from the artist's lifetime. (Read more on synesthesia and the concert here) 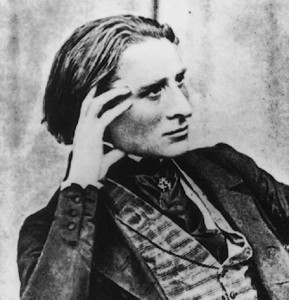 Liszt himself experienced synesthesia, and is recorded as asking for specific colors from an orchestra.
"When Liszt first began as Kappellmeister in Weimar (1842), it astonished the orchestra that he said: 'O please, gentlemen, a little bluer, if you please! This tone type requires it!' Or: 'That is a deep violet, please, depend on it! Not so rose!' First the orchestra believed Liszt just joked; later they got accustomed to the fact that the great musician seemed to see colors where there were only tones."

-Anonymous, as quoted in Friedrich Mahling

People experience sensations of all kinds while listening to and playing music. The musical correlation to color is only one aspect of the web-like ties music has to many other sensory experiences.