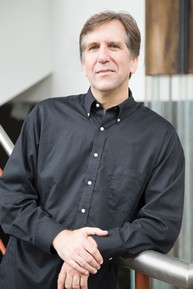 Charlotte Symphony double bassist Jeff Ferdon began his musical studies with Donald Hergert and Ole Nelson in his hometown of Duluth, Minnesota. While in high school he was a member of the Duluth-Superior Symphony Orchestra and spent his summers studying at the Symphony School of America.

Jeff made his way to North Carolina when, as a finalist in the Minnesota Orchestra’s Young Artist’s Competition, he was awarded a scholarship position to the University of North Carolina School of the Arts. While at UNCSA he studied with Lynn Peters and was a member of the Greensboro and Winston-Salem Symphonies. In his final year at UNCSA he was the recipient of the school’s Vittorio Giannini Prize.

Jeff joined the Charlotte Symphony Orchestra in 1985. In 1994 he was appointed to the fixed position of 3rd chair double bassist taking on the duties of principal and assistant principal bass when needed. The appointment was meant to be temporary but lasted 26 years and included 2 seasons he served as acting principal bass.

Since joining the CSO, Jeff has remained active throughout the region as a chamber musician and soloist. His affinity for music of the Renaissance and Baroque led him to study viola da gamba and he has performed on the viol with many early music ensembles including Wild Rose, Ensemble Vita Nova, Blue Castello and Carolina Pro Musica.

Jeff's wife, Ellen, is a violist in the CSO and they cherish sharing their careers as members of the same orchestra. Away from music Jeff enjoys baking, running, reading and solving word puzzles.