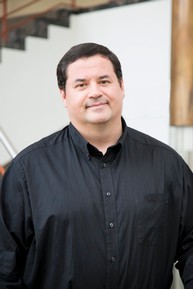 Robert Rydel began playing the horn at age twelve. He attended high school at the Interlochen Arts Academy, and went on to study at the New England Conservatory of Music in Boston. While there, he studied with Richard Mackey in addition to playing with the Boston Philharmonic and Principal Horn with the New England Chamber Orchestra. He was also Principal Horn with the New York String Orchestra Seminar program under the baton of Alexander Schneider. In the summers he has participated in many programs including the Pierre Monteux School, The National Orchestral Institute, and the National Repertory Orchestra. He was a member of the National Tour of Sondheim's Tony-award winning musical, Into the Woods, and after which was Co-Principal Horn with the Orquesta del Principado de Austurias in Oviedo, Spain. Before coming to Charlotte to play in the Charlotte Symphony Orchestra in 1993, Robert was a member of the orchestras of Columbus, Ohio and Charleston, South Carolina. While in Charleston, he was a soloist with the Charleston Symphony and a featured artist with the Piccolo Spoleto festival. Robert spent a year with the Jacksonville Symphony, and he has also performed with the North Carolina, Greenville, and Roanoke Symphonies. He has played and toured with the Atlanta Symphony Orchestra, and with the Pittsburgh Symphony Orchestra, he has given many performances in Heinz Hall, as well as touring extensively with them, including to the Far East and Australia, Europe, and various U.S. domestic tours.

He currently spends the summers as an Artist/Faculty member at the Brevard Music Festival. He was also an Artist in Residence at the Bay View Music Festival in Michigan. Robert teaches privately and is on the faculty of Winthrop University. While not playing or teaching, you might find Robert in the studio working on various projects with his media production company, Acoustic Mobility. Their work can be found on Naxos, Summit, Centaur Records, and Albany Records, on the radio with Performance Today, NPR, World of Opera and WDAV, and on independent releases with the Charlotte Symphony, the Charlotte Symphony Chorus (Charlotte Master Chorale), the Bach Akademie Charlotte, the North Carolina Baroque Orchestra, Winthrop University, and the University of North Carolina at Greensboro, among others. He also serves as Associate Director of Recording at the Brevard Music Festival.

Robert lives in Charlotte with his wife, Chris, and their two children, Lauren and Sean.