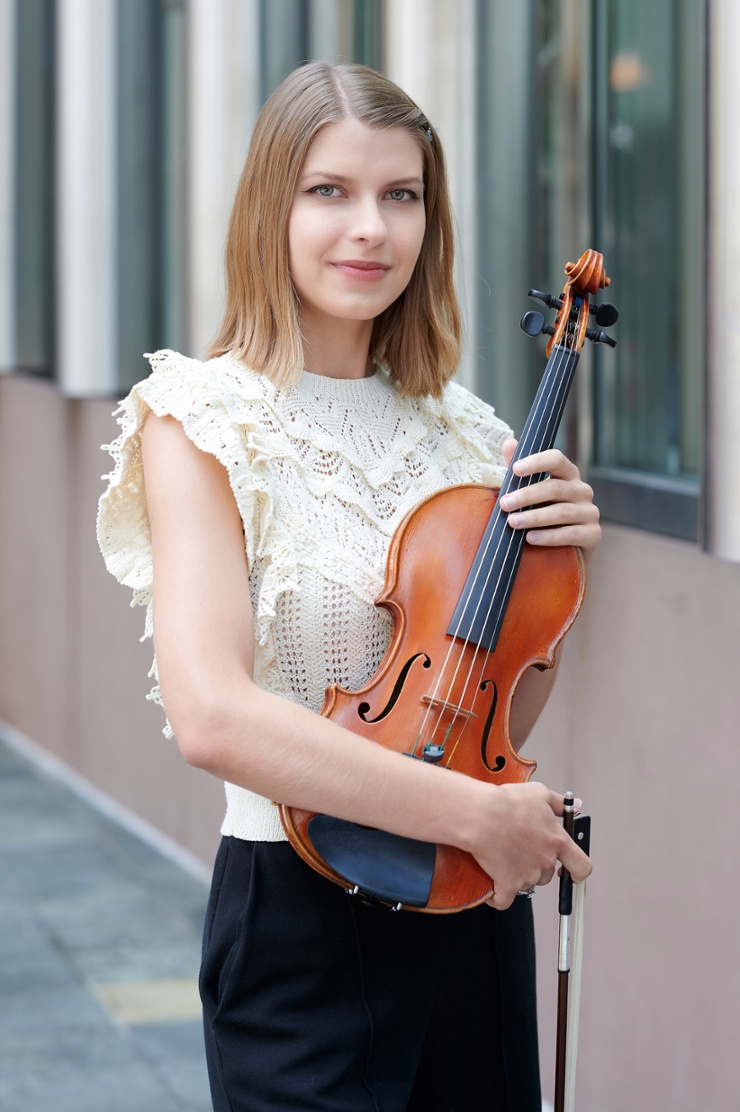 Born in Minsk, Belarus, Hanna Zhdan began studying violin at the age of six. In 2014, she moved to the U.S. for her undergraduate studies with Ben Sayevich at Park University’s International Center for Music. In 2022, she was selected as one of the ten winners of the Keston MAX Audition at the Music Academy of the West, which is an exchange program with the London Symphony Orchestra. The winners of the audition will be traveling to London in November of 2022 for performances with LSO Principal Guest Conductor Gianandrea Noseda.

Ms. Zhdan received her Master’s degree from the Colburn Conservatory of Music, where she currently is a Professional Studies Certificate candidate, studying with Martin Beaver.