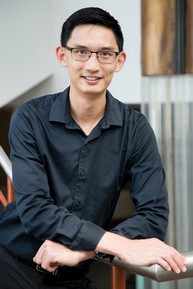 Victor Wang joined the Charlotte Symphony as principal flute in 2016, and he has since been regularly featured as a soloist with the orchestra. In 2017, Wang received First Prize and the Philip Dikeman Prize for best performance of the commissioned work at the National Flute Association's Young Artist Competition, and he presented a solo recital at the 2018 National Flute Association convention.

Wang's orchestral work outside of the CSO includes concerts with the Orpheus Chamber Orchestra and The Orchestra Now, a training orchestra that performs at Bard College and around New York City. During the summers, Wang has performed at the Tanglewood, Colorado College, Texas, Atlantic, Norfolk, and Bard music festivals.

Originally from Rochester, New York, Wang began his flute studies with Sophia Gibbs Kim at the Eastman Community Music School. He went on to earn a Master of Music in flute performance and a Bachelor of Sciences in molecular, cellular, and developmental biology from Yale University, where he studied with Ransom Wilson, Anouvong Liensavanh, and Jake Fridkis. He also studied extensively with Elizabeth Mann (Orpheus Chamber Orchestra) and has pursued additional study with Lorna Mcghee (Pittsburgh Symphony Orchestra).

Read more about Victor Wang’s path to becoming a musician.