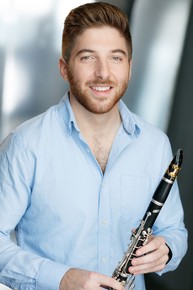 First season with the Charlotte Symphony: 2018-19
Which superpower would you most like to have and why?
If I could have a superpower, I would like to fly.

What’s your favorite thing to do in Charlotte (when not performing)?
Since my parents and brother are here in Charlotte, I enjoy going out to eat and spending time with them. There are so many amazing breweries and spots for good food.