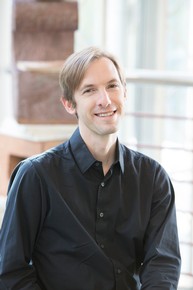 After freelancing in New York for 10 years, Jeremy Lamb has become a member of the Charlotte Symphony Orchestra in his home state. He is also the Assistant Principal of NE Pennsylvania Philharmonic and is a substitute on the Broadway musical Aladdin. In New York, he was a member of the New Haven Symphony, the Eastern Connecticut Symphony, and the Sonos Chamber Orchestra. He also performed regularly with the Harrisburg Symphony, The Orchestra Now, and was a regular guest musician in the Charleston Symphony Orchestra in South Carolina.

As a chamber musician, Mr. Lamb has performed around New York and Boston with numerous groups including the Elsewhere Ensemble, the Aaron Teitelbaum Ensemble, and Opus 9. He has performed with pianists Spencer Myer, Andrew Goodridge, and Wei-En Hsu in recitals for various events including a feature at the Metropolitan International Musical Festival. Jeremy is the Artistic Advisor and a frequent performer on the NE Pennsylvania Philharmonic Chamber Music Series. From 2010-17, he was a member of Open Work, an improvisational group mixing drama, music, and martial arts in new and creative ways. In addition to other classical ensembles, Jeremy was a member of Cachaça De Grasa, a New York-based Bossa nova trio.
Lamb received his B.M. from the Peabody Conservatory with Alan Stepansky, former Associate Principal of the New York Philharmonic. He has performed in masterclasses with David Finckel, Lynn Harrell, Rafael Wallfisch, Philippe Muller, Matt Haimovitz, Clive Greensmith, David Geber, Alan Harris, Michael Mermeggen, Brian Manker, and many others. He has attended music festivals in the U.S. and abroad, including Tanglewood, Pacific, Aspen, Brevard, Bowdoin, International Musical Arts Institute, and spent four summers at the beautiful Domaine Forget International Music Festival in Quebec, Canada. In 2005, he was the principal cellist of the Oaxaca International Festival Orchestra in Mexico. In 2006, he toured with Jeunesses Musicales World Orchestra on their summer and winter tours of Spain, Germany, and The Netherlands.