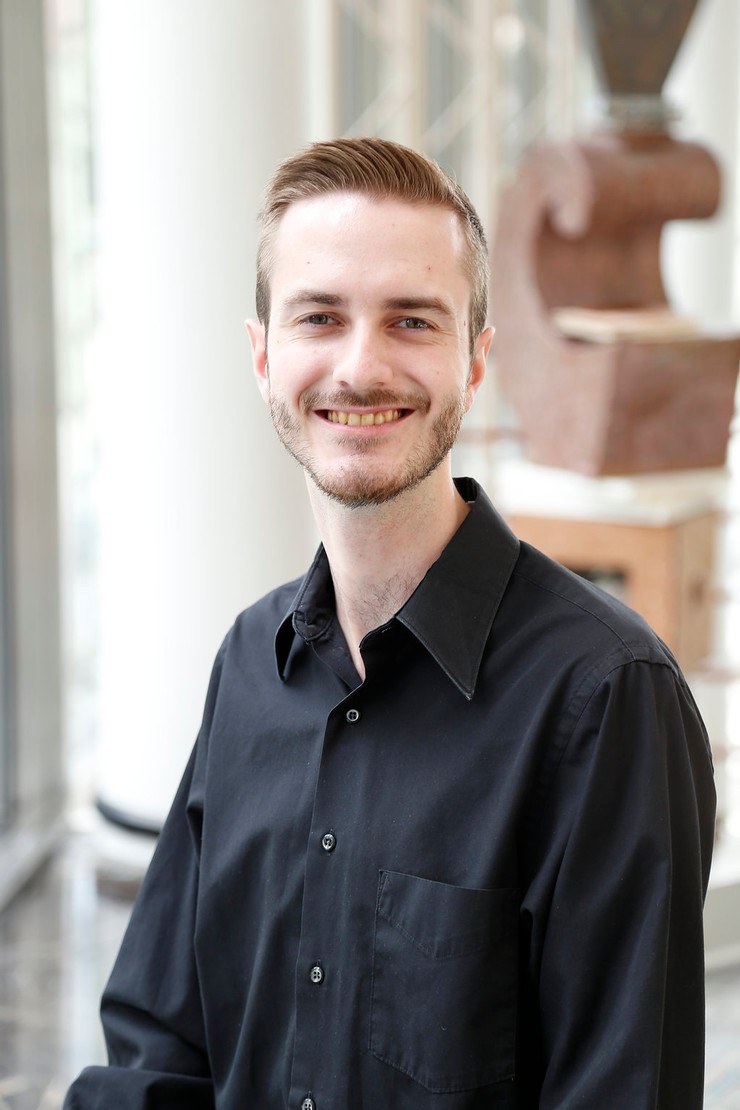 A North Carolina native, Samuel Sparrow began his position as Section and E-flat Clarinet with the Charlotte Symphony in 2017, and also served as Acting Principal Clarinet in the 2018-19 season. In addition to his post in the Charlotte Symphony, Mr. Sparrow has performed with the New York Philharmonic; Charleston, North Carolina, and New World Symphonies; and Verbier Festival Orchestra in Switzerland. He has collaborated with many of today’s leading conductors and soloists, including Valery Gergiev, Alan Gilbert, Charles Dutoit, Yuja Wang, and Martin Fröst.

As a soloist, he has appeared with the Raleigh Symphony, Garner Sinfonia, and Triangle Youth Philharmonic. Other performance highlights include a featured appearance with Sting at the Main Assembly Hall of the United Nations and the West Coast premiere of Matthew Aucoin’s chamber opera, Second Nature.

In addition to performing, Mr. Sparrow is an avid proponent of music education. He joined Queens University of Charlotte as Adjunct Professor in 2019, and has also offered presentations at the University of North Carolina Greensboro, Appalachian State University, and Hebrew Union College. He regularly gives coachings at local schools throughout Charlotte and serves as a coach for the Charlotte Symphony Youth Orchestra program.

The recipient of the Leon Russianoff Memorial Scholarship, Mr. Sparrow earned his Bachelor of Music in Clarinet Performance from the Manhattan School of Music. His primary teachers include Mark Nuccio, Anthony McGill, and Pascual Martinez. During his summers, he furthered his studies at the Brevard Music Center’s Orchestral Institute and the Music Academy of the West in California.

What would most surprise people about you?
I love a good adrenaline rush! I'm a big rollercoaster fan, and rode the world's largest free-fall swing a few years ago in New Zealand!

If you could meet one composer, who would it be and what would you ask him/her?
I would love to meet Ralph Vaughan Williams and ask him how serving in the First World War impacted his compositional style.

What's your funniest/most compelling on-stage moment?
On a particularly cold morning, the bell of my clarinet fell off during rehearsal and rolled across the stage. I didn’t realize how much the tenon corks on my clarinet had shrunk from the cold, so I was very surprised when part of my clarinet came off and tried to get away! The next time the conductor stopped in rehearsal, I tapped the shoulder of the violinists closest to my escaped bell and we shared a nice chuckle as she handed it back to me.

Any pre-performance rituals?
Mild cardio and a light meal to center my mind and breathing.

What do you love most about being a professional musician?
Hearing from audience members about how the music positively impacts their lives. Music-making is very personally rewarding, but reaching someone else is what makes my job so meaningful!