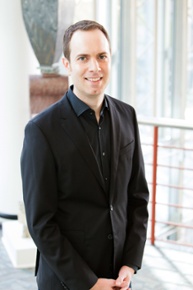 Jon Lewis, who has been described as “brilliant” and “a fine young cellist” by The New York Times and “strong and dexterous” by The New York Sun, is currently the Assistant Principal Cello of the Charlotte Symphony Orchestra. He grew up in Kentucky within a musical family and began musical studies at the tender age of four. Jon gave his orchestral debut with the Louisville Symphony Orchestra at the age of fourteen and now enjoys a diverse career that reflects his many musical interests including solo performance, chamber music, orchestral performance, recording, and teaching. Prior to relocating to Charlotte in 2012, Jon lived in Boston for eight years where he studied at the New England Conservatory of Music. During this time, he was the Principal Cellist of the Springfield Symphony Orchestra and taught on the faculty of New England Conservatory’s Preparatory School. He also performed in many groups throughout Boston, including the critically-acclaimed chamber orchestra A Far Cry. Jon was the grand-prize winner of the 2007 Schadt International String Competition. He also won grand prize in the Society of American Musician’s Competition and top prizes at the Holland-America Music Society’s Competition. As an orchestral soloist, Jonathan has performed with the Allentown Symphony, Shreveport Symphony, Starling Chamber Orchestra, and the Jefferson Symphony. Jon has performed as a recitalist in many venues throughout the United States, including several performances in Carnegie Hall. An avid chamber musician, Jon has been a featured performer at the Steans Institute for Young Artists at the Ravinia Festival in Chicago and at the Yellow Barn Music Festival in Vermont. He has also appeared at the Olympic Music Festival and Methow Valley Chamber Music Festival and has performed as a guest-cellist with the Aiana String Quartet. He has worked and performed with some of the leading performing artists of today including Emanuel Ax, David Zinman, Ralph Kirshbaum, Richard Stoltzman, Roger Tapping, and Donald Weilerstein. He has also been a participant in three Weill Professional Training Seminars at Carnegie Hall and at the International Musician’s Seminar in Prussia Cove, England. Sought after as a teacher, Jonathan has always maintained a studio of private students. In addition to teaching on the Preparatory Faculty at the New England Conservatory, he has also given masterclasses at Gardner-Webb University. Jon also has a strong interest in audio recording and session work. He frequently records cello tracks for TV and film producers as well as for pop music tracks. He played for a documentary, “Re:Generation” (currently available on Hulu), featuring DJ Premiere. He can be heard on the soundtrack for the Spanish television show “Capacitados.” In the spring of 2012, Jon earned a Doctor of Musical Arts in Cello Performance with a minor in Music Theory from the New England Conservatory of Music in Boston. He also holds a Master of Music from the same institution and a Bachelor of Music from Northwestern University. His major teachers include Hans Jorgen-Jensen, Paul Katz, and Natasha Brofsky. He also worked closely with several members of the Boston Symphony Orchestra, including Sato Knudsen and Mihail Jojatu. In his free time, Jon enjoys DIY projects, cooking, mixology, running, and audio recording. His website is available at www.jonlewiscello.com