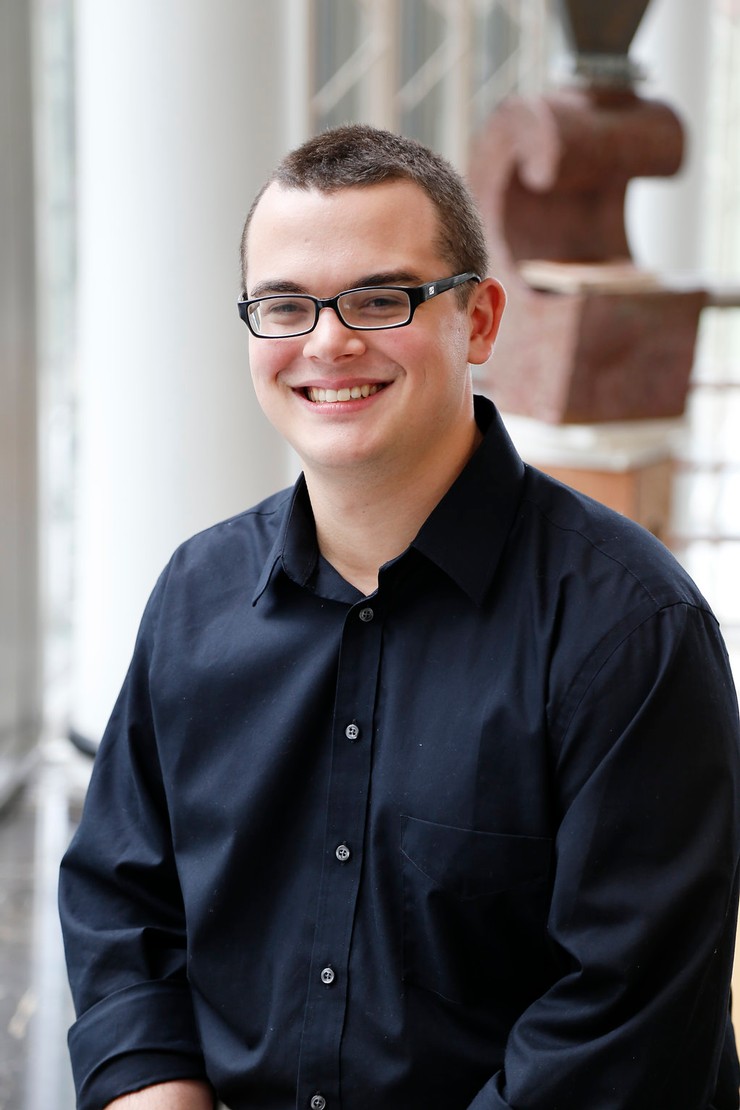 Originally from Eagle River, Alaska, Kaplan holds a bachelor's degree from Arizona State University and a master's degree from Rice University. Kaplan has also attended Brevard Music Center and Tanglewood Music Center, where he was the recipient of the Andre M. Come Fellowship. His notable teachers include Charles Geyer, Barbara Butler, David Hickman, Ben Nguyen, Kerry Maule, and Stuart King. He is a product of an excellent musical environment in his hometown of Eagle River, Alaska where he performed with the Anchorage Youth Symphony throughout middle school and high school.

In addition to performing, Kaplan maintains a private teaching studio and has a YouTube channel devoted to trumpet equipment called Jon Talks Trumpet.

Why did you select your instrument?
Honestly, when I was asked what instrument I wanted to play, I first requested the cello because my dad told me he played it for just a few years as a middle schooler However, they pressed me to give a second option for the second session of the summer camp, so I sort of panicked and just said the next instrument I could think of - the trumpet. Luckily, I had an amazing first teacher, Stuart King, who set me up well to succeed and I never looked back.

Does your instrument have a special story?
One interesting characteristic of being an orchestral trumpeter is that you use many different instruments while on the job, as well as freelancing. A teacher I studied with for years always taught me in his living room, and would never let me look inside his personal studio because of the clutter of instruments he had collected. Eventually, I convinced him to allow me to help him clean, inventory, and sell the many trumpets and mouthpieces he had no use for anymore - including four piccolo trumpets! Of course, I ended up buying one of the piccolos for myself and today it is still my favorite trumpet.

What would surprise people about you?
Though I consider Eagle River, Alaska to be my hometown, I was actually born in Miami, Florida. My parents were essentially life-long Floridians and were eager to move somewhere that allowed a completely different lifestyle. Needless to say, they found that and lived there happily for 15 years - but have since moved to Charlotte! I also work as a member of the symphony's stage crew and serve as the orchestra's union steward.

If you could meet one composer, who would it be and what would you ask him/her?
I would ask Richard Strauss why he wrote TWO concerti for the horn, but gave no love for the trumpet. His many tone poems have countless beautifully written trumpet solos and features - and yet he totally neglected the trumpet as a traditional solo instrument worthy of one of his concerti.

If you could be on any other career path, other than music, what would you do?
I've always enjoyed math and science, and have always thought becoming a statistician would be a satisfying career.

What’s your favorite Charlotte establishment (restaurant, coffee shop, etc.)
I love getting a milkshake at Cookout after a challenging concert - they have 40 different flavors!