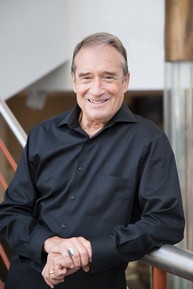 Principal Clarinetist Gene Kavadlo joined the Charlotte Symphony Orchestra in 1975, after leaving his position as principal clarinetist with the Jacksonville Symphony in Jacksonville, Florida.

Gene received his Bachelor of Arts in Music Education from Queens College in New York and his Master of Music degree with High Distinction in Clarinet Performance from Indiana University. He was also awarded Performer’s Certificate for Outstanding Recital Performance.

Some of Gene’s special interests include spending time with his family, taking road trips, seeing movies, performing klezmer music, and installing commodes. His klezmer band, Viva Klezmer!, can be found on the Web at www.vivaklezmer.com

Education: B.A. in Music Education from Queens College in NY, M.M. in Clarinet Performance from Indiana University, Clarinet Study at the American Conservatory in Fontainebleau, France and Klezmer Music Study at KlezFest in St. Petersburg, Russia.

Favorite concert experience with the CSO: The performance of Beethoven's 9th with Polish Orchestra in Warsaw, Poland during CSO tour.

Favorite thing about Charlotte: The temperate climate with a change of seasons. The city is small enough to meet people you know when going out, but big enough to be interesting. Enjoying the company of friends.