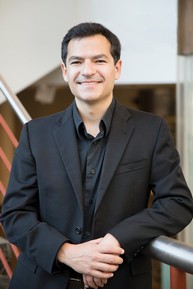 Andrew Fierova is a native of Spartanburg, SC, where he began his horn studies in the public school system. He received his Masters degree in Music from The Juilliard School, where he studied with Jennifer Montone and Julie Landsman and Bachelors degree in Music from The University of South Carolina, where he studied with Robert Pruzin. Mr. Fierova has performed concerts in China, Taiwan and Hong Kong with the Bard College Conservatory Orchestra and in London, England at The Royal Albert Hall in an orchestra combining members of The Juilliard School and the Royal Academy of Music. As a Sylff (Sasakawa Young Leaders Fellowship Fund) Fellow at The Juilliard School, Mr. Fierova joined students in Vienna from the Paris Conservatory and the University for Music and Performing Arts in a chamber concert broadcast live over the internet. At the USC School of Music, he was selected as a winner of the USC School of Music Concerto Competition where critics praised his “verve and stylistic excellence.” Mr. Fierova has also performed with the Jacksonville Symphony Orchestra, Allentown Symphony Orchestra, South Carolina Philharmonic, Symphony Orchestra Augusta, Symphony in C, and the Spartanburg Philharmonic. Andrew enjoys teaching the promising students from North and South Carolina and has former students studying at the USC School of Music and The Juilliard School. Other teachers include Richard Deane, Dr. John Ericson, Dr. Jean Martin-Williams, Robert Rydel, Jeff Nelson, Eli Epstein, and Anneka Zuehlke.