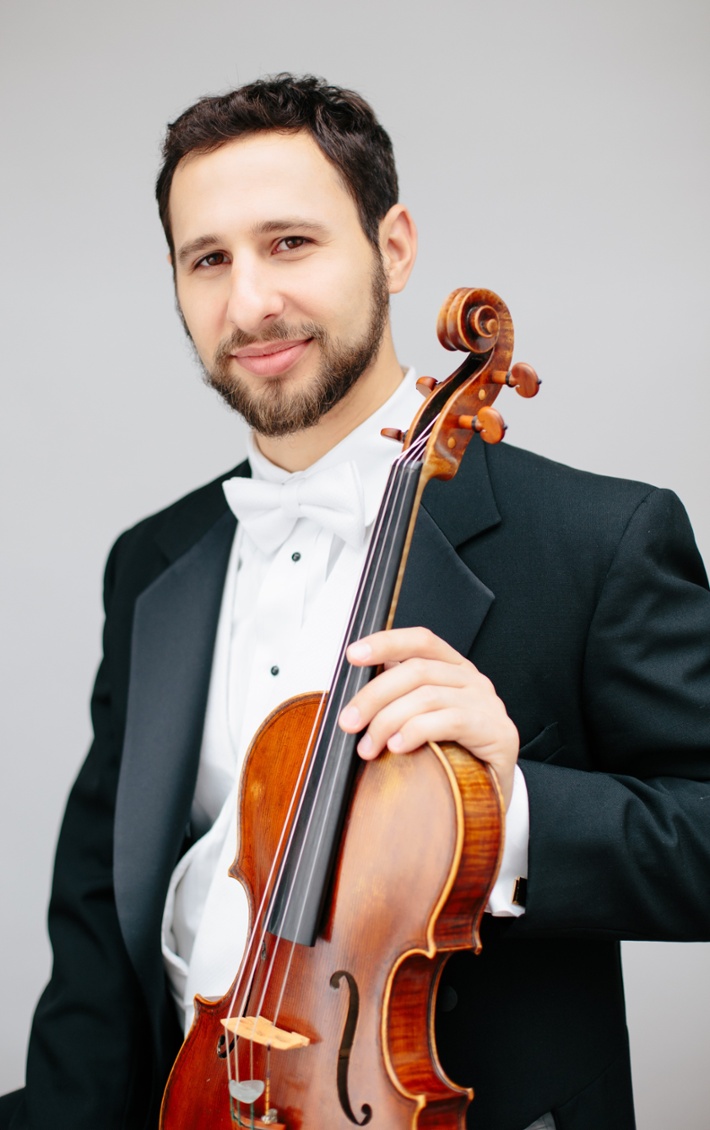 Benjamin Geller joined the Charlotte Symphony Orchestra as Principal Violist in 2014 where he regularly performs as a soloist in the orchestra and as a chamber musician in the Charlotte Area. Originally from Rockford, IL, Ben began violin lessons at the age of three in the Suzuki tradition at the Music Academy of Rockford. He continued his musical training at Butler University with Larry Shapiro and formally took up viola with Michael Isaac Strauss as well as a Jazz Minor with Mark Buselli. He went on to pursue his Masters at The Juilliard School where he studied with Toby Appel. Following graduation, Ben was awarded a fellowship to the New World Symphony in Miami, FL where he performed for almost two years. His first professional engagement took him to New Zealand where he was Associate Principal Violist of the Auckland Philharmonia Orchestra. While in New Zealand, Ben also served as Principal of the Auckland Chamber Orchestra and regularly performed as soloist with both orchestras. He then returned to the United States and joined the Rochester Philharmonic Orchestra viola section for two seasons before his appointment in Charlotte. In addition to his work in the Charlotte Symphony, Ben teaches and performs at the Eastern Music Festival in Greensboro, NC and performs in the Arizona Musicfest Orchestra in Phoenix, AZ. Ben also coaches string programs in Charlotte area schools and has been a guest teacher at the Atlanta Music Project. Ben has also performed in the National Repertory Orchestra, Spoleto Festival USA, Aspen Music Festival, Bowdoin International Music Festival, Brevard Music Center, Interharmony International Music Festival, and the New York String Orchestra Seminar at Carnegie Hall. Ben Plays on an award winning viola made by Theodore Skreko in 2007 and bow by Matthew Wehling made in 2008.

Are there any other musicians in your family?
I come from a very musical family. Everyone played something at some point; however, my cousin, Noah Geller, and I are the only professional orchestral musicians.

What is your earliest musical memory?
Suzuki class sometime in the late 80s. I had a cardboard pizza circle that I was supposed to stand on properly in designated foot outlines that was much more fun to throw like a Frisbee.