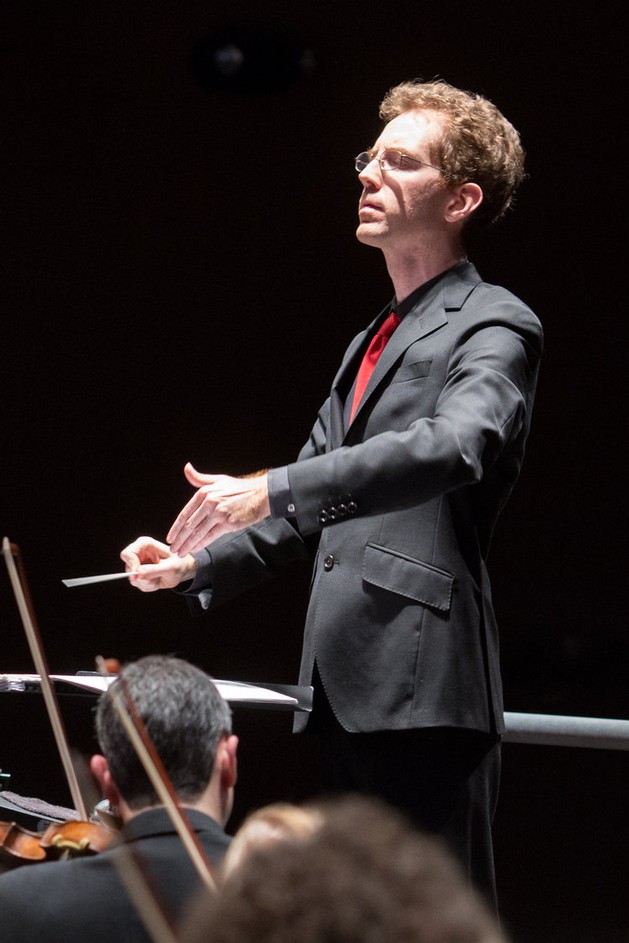 Known for his exciting and passionate music making, David Glover is recognized as one of the rising stars of his generation. Glover joined the North Carolina Symphony as Associate Conductor in the 2014-15 season.

With the North Carolina Symphony, Glover has led numerous high-profile concerts including a last minute performance of Carmina Burana, stepping in for Music Director Grant Llewellyn, the opening of the Symphony's new hall in Wilmington, NC, subscription performances of Messiah, and two state-wide tours.

Frequently appearing on Classical, Pops, and Young Person's Concert series, Mr. Glover has worked with many of this generation's top artists including Stefan Jackiw, Di Wu, Conrad Tao, and Caroline Shaw as well as Pops artists such as Time for Three, Pink Martini, and the Indigo Girls.

Prior to his position with the North Carolina Symphony, Glover served as the Assistant Conductor of the Indianapolis Symphony Orchestra where he assisted and covered classical subscription concerts as well as conducted Discovery, Family, Side-by-Side, and "Symphony on the Prairie" performances. He was also one of the hosts of "Words on Music," the Indianapolis Symphony's pre-concert lecture series.  He additionally served as the Artistic Director of the Wabash Valley Youth Symphony in West Lafayette, IN.

Also dedicated to educating the next generation of concert goers, Glover has created a series of successful school-day education shows, which in the past six years has reached over 200,000 elementary school children. His 2014 Discovery show "Play me a Story" for the Indianapolis Symphony was given the highest score by area teachers in the history of the program.

Glover has guest conducted numerous other orchestras including the Ensemble Orchestral de Paris, South Bend Symphony, Muncie (IN) Symphony, and the North Czech Philharmonic.  In addition, Glover was awarded the Ansbacher Fellowship to the Salzburg Festival and was an adjunct professor at Indiana University in 2007, leading the Indiana University All-Campus Orchestra.

Glover holds degrees from the University of Georgia and Boston University in violin performance, and a master's degree in instrumental conducting from Indiana University. He lives in Cary, NC with his wife Emily, a violinist with the North Carolina Symphony, and their newborn daughter Maia.
BLOG eCLUB SIGNUP