This month Charlotte has the great honor of hosting the North American premiere of an exhibit of the Violins of Hope. Twenty years ago, Israeli master violinmaker Amnon Weinstein began collecting and repairing violins that once belonged to Jewish musicians killed in the Holocaust. His aim was to restore these violins and hear them played again,  restoring the memory of the nameless millions, including the musicians and artists who were lost. Thus was born Violins of Hope.

Eighteen of these instruments are in Charlotte through April 24 on display at the UNC Charlotte Center City Campus. There are numerous events connected to the exhibit taking place throughout Charlotte, including several performances this week featuring CSO players. The project will culminate with the performance, Triumph of Hope: Violins of Hope with the Charlotte Symphony, conducted by CSO music director Christopher Warren-Green and featuring master violinists Shlomo Mintz, Cihat Askin and David Russell.

A special component of the project is a series of in-school performances given by Charlotte Symphony musicians. Two ensembles comprised of professional CSO musicians will perform 14 concerts at local middle and high schools. These programs are made possible in part by a generous donation from Eva and Robert Stark. 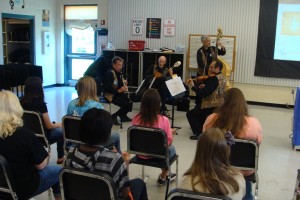 Students will learn about Jewish culture and the horrors of the Holocaust through the music of the era. The repertoire features a mix of traditional Jewish and Klezmer music; forbidden music considered "degenerate" by the Nazis; music composed in the concentration camps; and music that evokes survival and healing after the Holocaust. Each concert also includes narration and projected images that explore pre-World War II Jewish culture; the Third Reich's attempt to control art and culture; the role of music and musicians in the concentration camps; and how the European Jewish community refused to be silenced and perservered after the war. 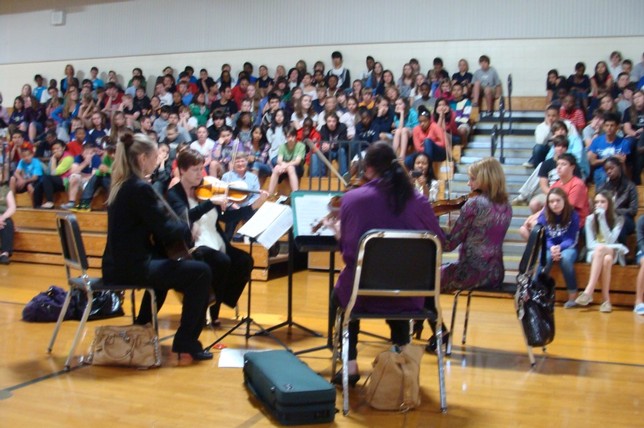 It is important that students study the Holocaust in school as a way to learn about these unbelievably horrific events from our history and to preserve the memory of those who perished as a result. Seeing a live musical performance such as this is one way to help deepen this understanding. Using this knowledge they can help prevent the repetition of similar events in the future. 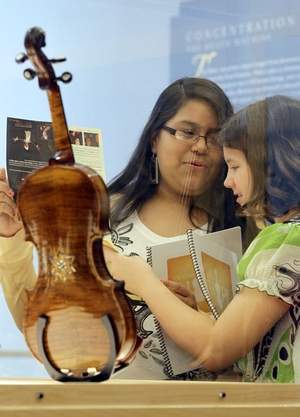