October 3, 2017
Before you are bedazzled by the awe-inspiring performance of Cirque Goes to the Cinema, get to know the incredible Juilliard-trained musician and former Cirque du Soleil and Ringling Brothers performers that comprise Cirque de la Symphonie! 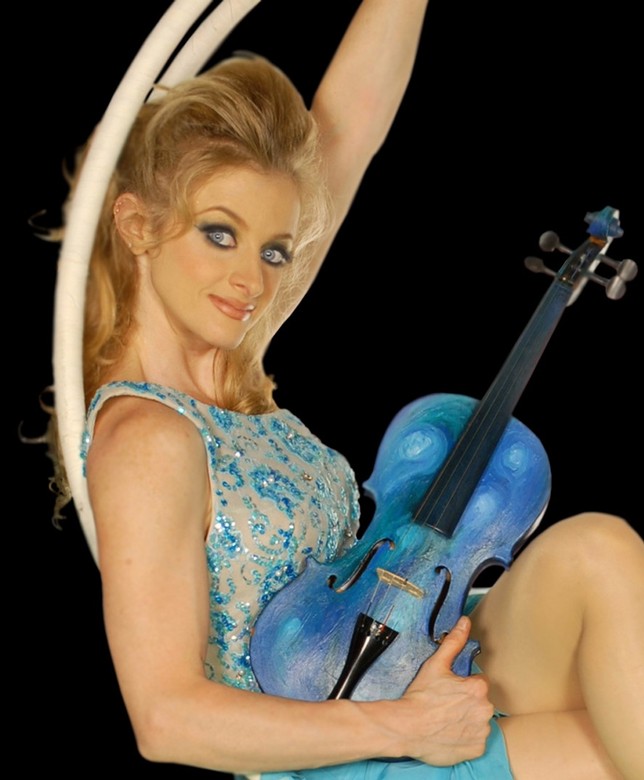 Janice Martin is a solo violinist who brings multiple talents. A Juilliard School of Music standout, she has won competitions such as the Washington International Competition and the Lena Na International Competition and was recipient of the Amadeus Career Grant Award and the Career Award Grant from the National Endowment of the Arts. In addition to being a concert violinist, opera singer and classical pianist, Janice has become an accomplished aerialist as well. 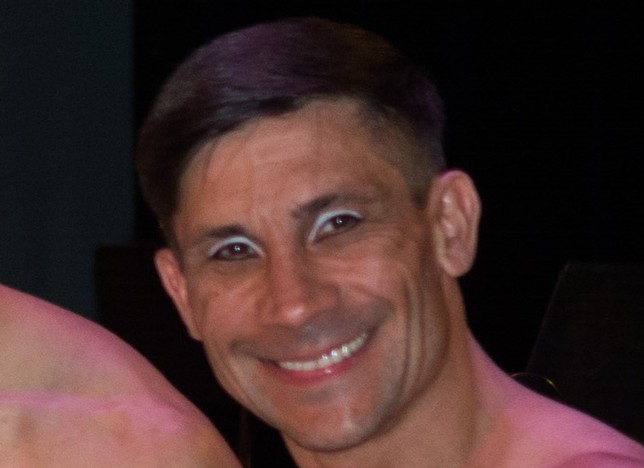 Vitalii Buza began his gymnastic training in the Republic of Moldova and soon competed as an elite gymnast with the Russian national team. After a move to the US, he starred in productions at Sea World, Universal Studios, and Walt Disney World. He has been featured in numerous TV ads and won a role in the Walt Disney movie Enchanted. He excels in duo hand-balancing, straps, Cyr wheel, spinning cube, Chinese pole, and Russian bar. 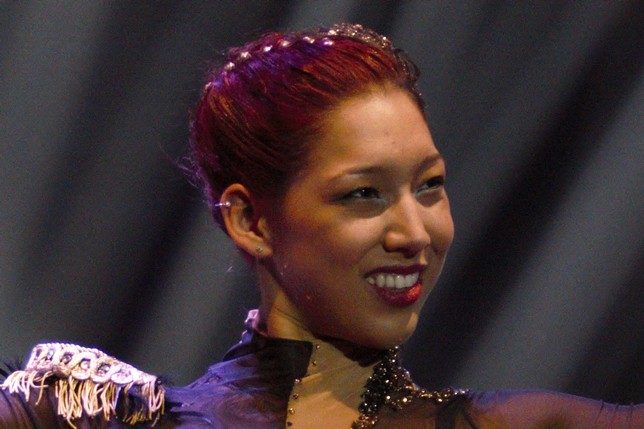 Alexandra "Sasha" Pivaral has performed and headlined in countless productions around the world, including famous "Cirque Du Soleil". She has won prestigious awards for competing in top International Circus such as "Monte Carlo International Circus Festival" in Monaco and considered to be one of the most talented acrobats in her field of contortion, balancing and hula hoops. It is her stage presence, originality of elements and choreography that set her far above anyone else. 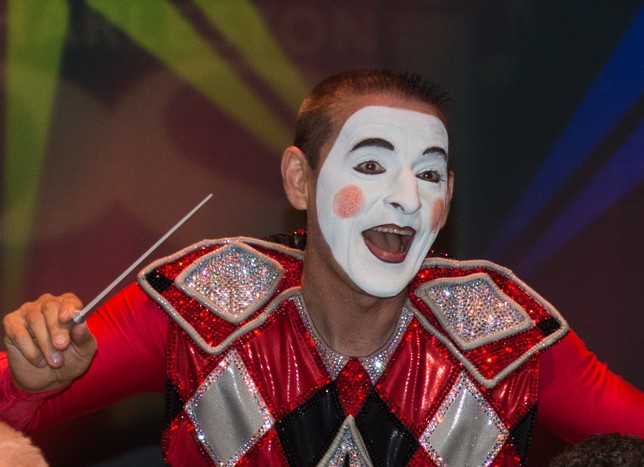 Vladimir Tsarkov provides a spell-binding performance with combinations of mime and juggling feats. A favorite of the younger members of the audiences, Vladimir's Red Harlequin act features rings, balls, and batons, and he's even been known to teach the maestro a trick or two! He is a veteran of Circus Circus, Cirque Ingenieux, and various Cirque de la Symphonie performances. 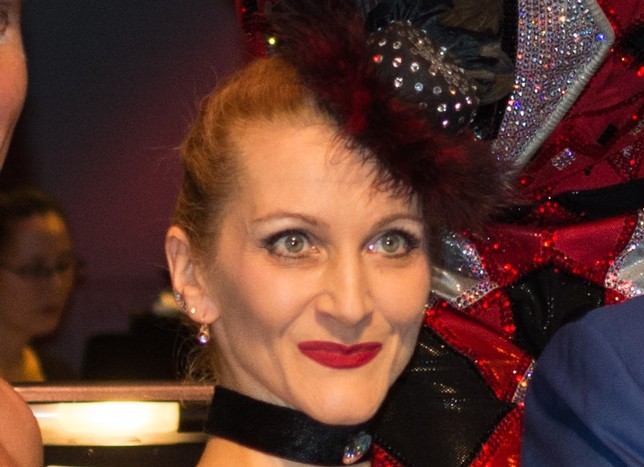 Elena Tsarkova the "Lady in White," is a graduate of the famed Moscow Circus School and first-place winner of the prestigious National Russian Circus Festival. From her Master of Sports in gymnastics, Elena developed into a unique and graceful performer with the Big Apple Circus, Switzerland's Circus Knie, and Germany's Circus Roncalli. Her combination of contortion, balance, and graceful dance moves has made her a major star. 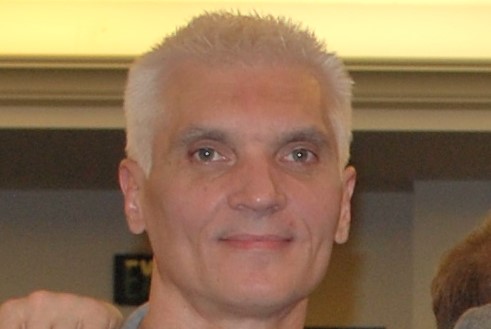 Pavel Prikhodko is a native of Voronezh, Russia, and is a 3-time national champion of Russia, 2-time World Champion, and 2-time Champion of the World Cup in acrobatic sport. A former veteran with Cirque du Soleil's "Varekai," Pavel is a multi-talented performer on straps, Russian swing, trampoline, and acrobatics. 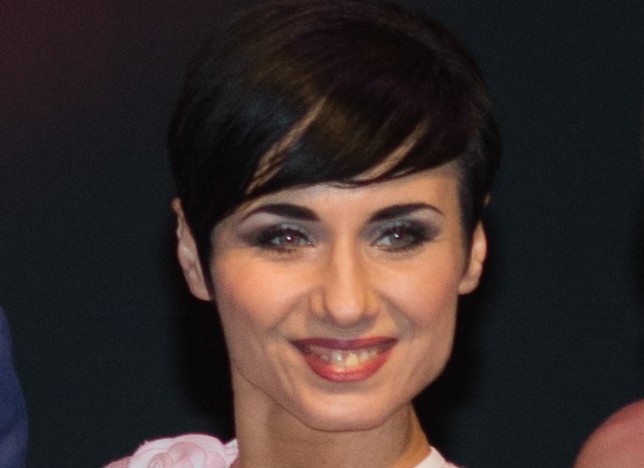 Ekaterina Borzikova is a graduate of the School of Olympic Reserve in St. Petersburg, Russia. A dynamic professional circus performer, Ekaterina has been involved with all aspects of the art form as a performer and creator of unique acts. She is a 10-year veteran of Ringling Brothers Barnum & Bailey Circus, and is an accomplished performer on the aerial platform. She was the recipient of the Jean-Louis Marsan Award as an outstanding performer. 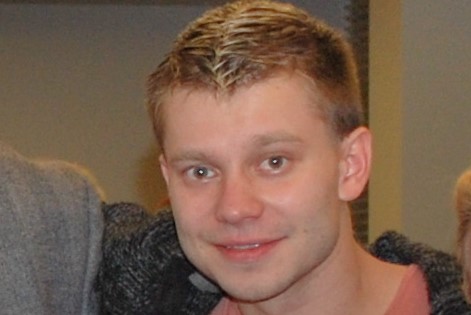 Vitaliy Korshunov is a native of Ukraine, where he graduated from Kiev State Circus College. He began his career with the National Circus of Ukraine, winning first place at the New Ukrainian Circus Festival. His acrobatic experience includes worldwide tours with Nikulin's Moscow Circus. 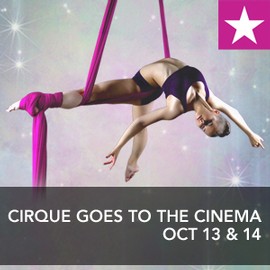