Joining the Symphony straight from college, John Parker had a lot of adjusting and learning to do. As the youngest member of the orchestra approaches the end of his first year with the CSO, we catch up with him about what he's learned, what's surprised him, and his love of Carolina basketball. 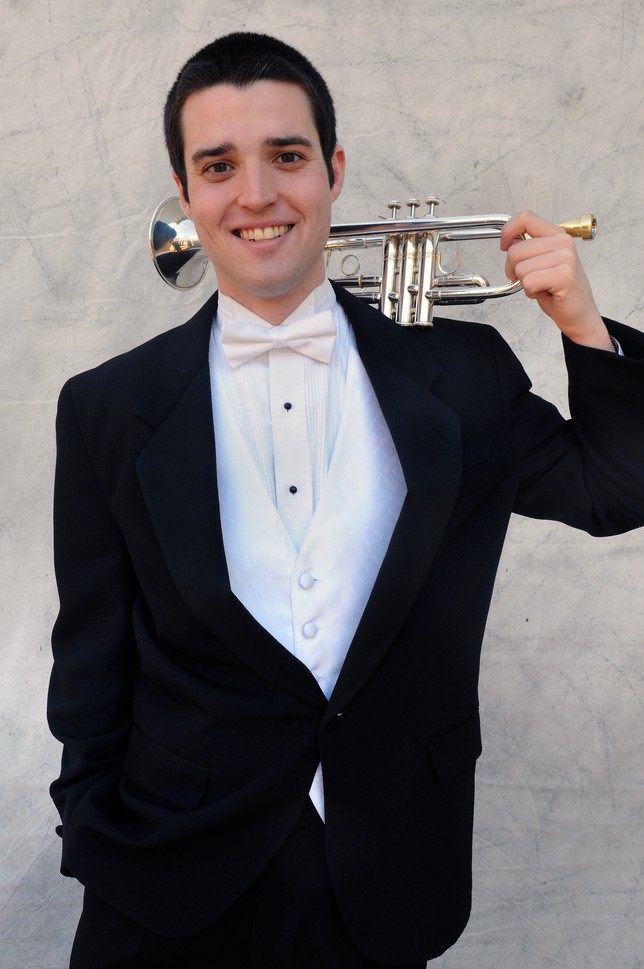 How were you introduced to the trumpet?
Being the son of two instrumental music educators, I grew up immersed in instruments of all kinds. Because of this, I became seriously invested in music long before I picked up the trumpet. I started playing piano at age 7, but since both of my parents were band directors, I felt inclined to pick up a musical instrument in middle school band. My older brother, who's also a musician, started playing trombone. I liked the sound of brass instruments, but I didn't want to be the same as my brother, so I started playing the trumpet. I didn't even like trumpet that much until I heard Wynton Marsalis live for the first time. That experience changed me, and I still consider it one of the reasons, in addition to my family, that I pursued music, especially the trumpet, so heavily.

What has surprised you most about your first year at the Symphony?
I have been most surprised by the level of support that the entire orchestra has given me.  There has never been a time when I've felt uncomfortable, and I attribute that to my colleagues on stage. They genuinely care about seeing me do well, and I think that has boosted my confidence.

What have you learned in your first year with the CSO?
The thought of moving into a leadership role in a premier professional orchestra was one that left me worried, like I was in over my head. After being on the job for a few weeks, I figured out how to put all of those emotions aside and just take things one week at a time, one performance at a time, and not let myself become overwhelmed. Sometimes I even tell myself how ridiculous it is that the one thing I have wanted to do my whole life is blow into a brass tube for a living. Taking the situation with humor, humility, and with the understanding that this is what I have been in school for so many years to do, has helped me tremendously.

What would you do if you weren't a professional musician?
I was always good at math in school and even considered going to school for engineering or architecture. I think if I hadn't pursued music, I would have gone that route.

Any hidden talents or interesting fun facts?
I'm from North Carolina. I grew up in High Point, N.C. and attended school at UNC-Chapel Hill. One of the best parts about the job with the CSO is that I am a short drive from my family and can make it back to my alma mater frequently. Outside of the Symphony, I like golfing and pretty much any sport, am a huge college football and basketball fan (Go Heels!), and enjoy good food, especially sushi.

I liked the trumpet sound when I heard it at a school event whend I was about 8 or 9 years. It was not in the cards for me to get one and learn to play. However, I'm am quite excited about my grand nephew doing it.I do play golf. Would love to play golf with you (and Robert too) sometimes. Did you ever play golf with your maternal great grandfather in at Valley Pines in Lasker?

John Parker! I am so proud of you buddy. Keep up the good work :)