Meet Daniel Carpenter, a 17-year-old percussionist.  He was recently interviewed for Matthews Monthly and here's what he had to say about his musical experiences. 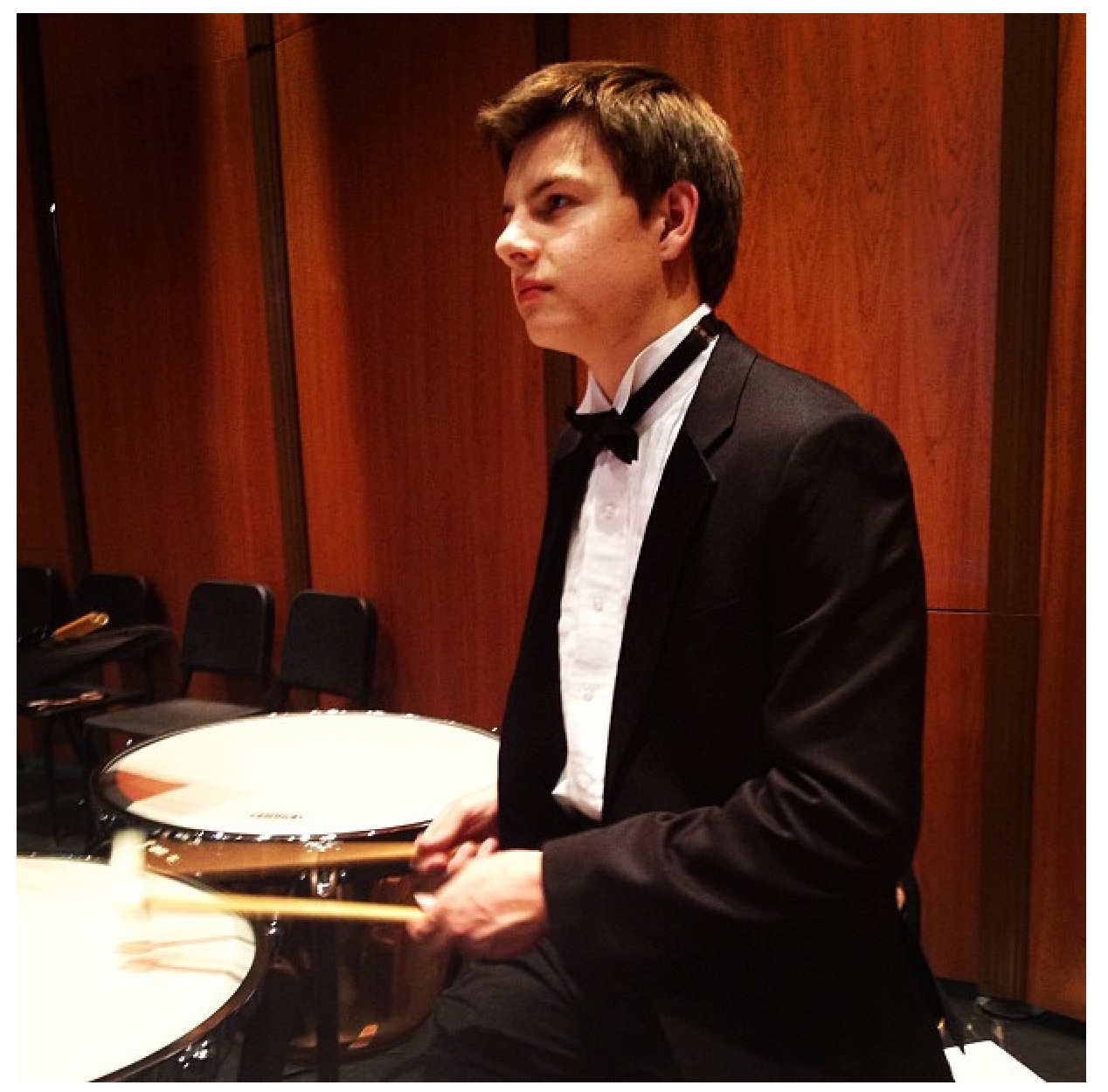 Music has always been important to me; I grew up surrounded by it in my family and church. At age 8, I began playing piano, which helped me develop a strong sense of rhythm. Ever since, I have loved to improvise rhythmic accompaniment to musical recordings. When I was 12, I had my first percussion lesson, and I've been committed to percussion since then.

Youth Fest is going to be particularly exiting for me this year. Not only do I get to be on stage with the Charlotte Symphony, but we are going to perform three movements from "The Planets" by Gustav Holst with a part for two sets of timpani played side by side. This is one of my favorite orchestral pieces of all time!

Music is so significant to me because it can express deep and powerful things about God's beauty in this world. It reaches people's hearts and minds in a universal way not hindered by any language barrier and can speak personally to people. I am very thankful to have music as such a major part of my life.